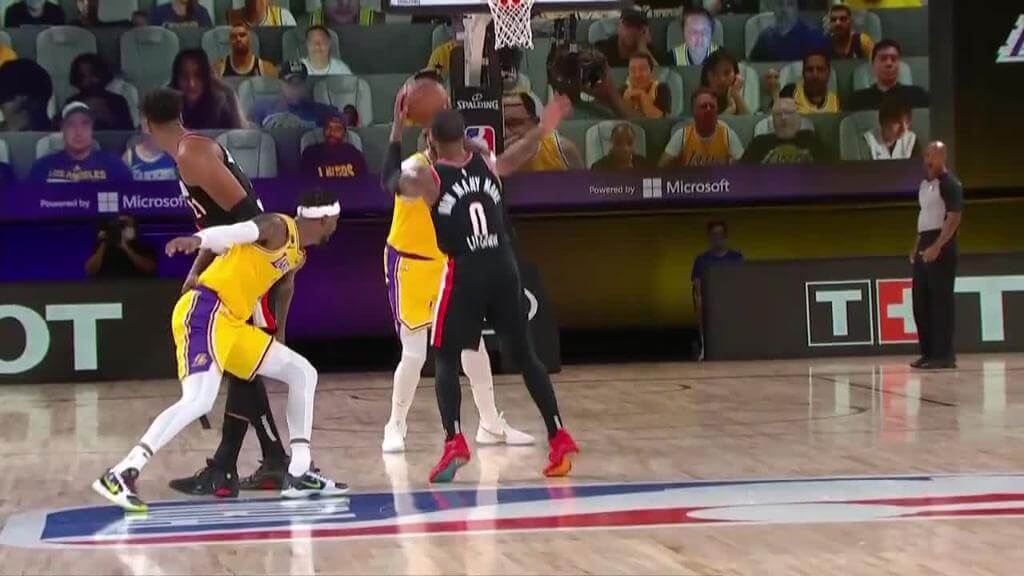 Welcome to Nightly Pro Notables: a collection of the hottest sneakers and biggest moments of the night on August 18, 2020.

In a game that surely put him on the map, Nikola Vucevic shocked Giannis Antetokounmpo and the Milwaukee Bucks with a game 1 win agains the best team in the NBA, record wise. The Magic big man put up 35 points and grabbed 14 boards.

The Nike Zoom Freak 1s that Vucevic wore this game isn’t currently unavailable, but you can find other colors at Dick’s Sporting Goods.

Despite taking the game 1 loss, LeBron James put up big numbers for the Lakers. King James became the first player in NBA Playoff history to drop a 20-15-15 game, totaling 23 points, 17 rebounds and 16 assists.

The King wore a “Crenshaw” Nike LeBron 17 for this game, a PE to honor the late Nipsey Hussle.

This colorway isn’t available, but you can find other LeBron 17s at  StockX, GOAT, Stadium Goods, Flight Club, and Dicks Sporting Goods.

No Westbrook, No Problem

The high-point man on day 2 of NBA playoff basketball was James Harden, who put up 37 to easily put away his former Thunder squad.

The Beard rocked a black, green and blue colorway of the adidas Harden Vol. 4 which isn’t available at this time. You can find other colors at StockX, GOAT, and DicksSportingGoods.com

Damian Lillard’s ridiculous run in the bubble continues, with another long-range bomb from near the NBA logo.

His all-red adidas Dame 6s aren’t available right now, but you can find other colors at StockX and Dicks Sporting Goods.

The 2020 Slam Dunk Contest may seem like an eternity ego, but winner Derrick Jones Jr. wants his name at the top of mind. He got up for this Goran Dragic lob pass, posterizing the Indiana Pacers on the alley-oop slam.

Just days after Jusuf Nurkic’s grandma passed away from the coronavirus, the Bosnian Beast rocked the Nike LeBron Witness 4 custom with her name on the heel.

This custom colorway isn’t available, but you can find other versions of the LeBron Witness 4 at Dick’s Sporting Goods.

P.J. Tucker’s supply of sneakers in the bubble has reached almost 200 and includes unreleased heat like this OVO x Air Jordan 16.

The Sneaker King later switched into a new pair of Nike Kobe 5 Protro PEs in a similar red, black and volt color scheme.

One of the louder sneakers worn today was from Victor Oladipo. His custom Air Jordan 10s featured characters from A Goofy Movie in all its cartoon goodness.

The base of the custom looks to be the Air Jordan 10 “Orlando”, which can be found at StockX, GOAT, and Flight Club.