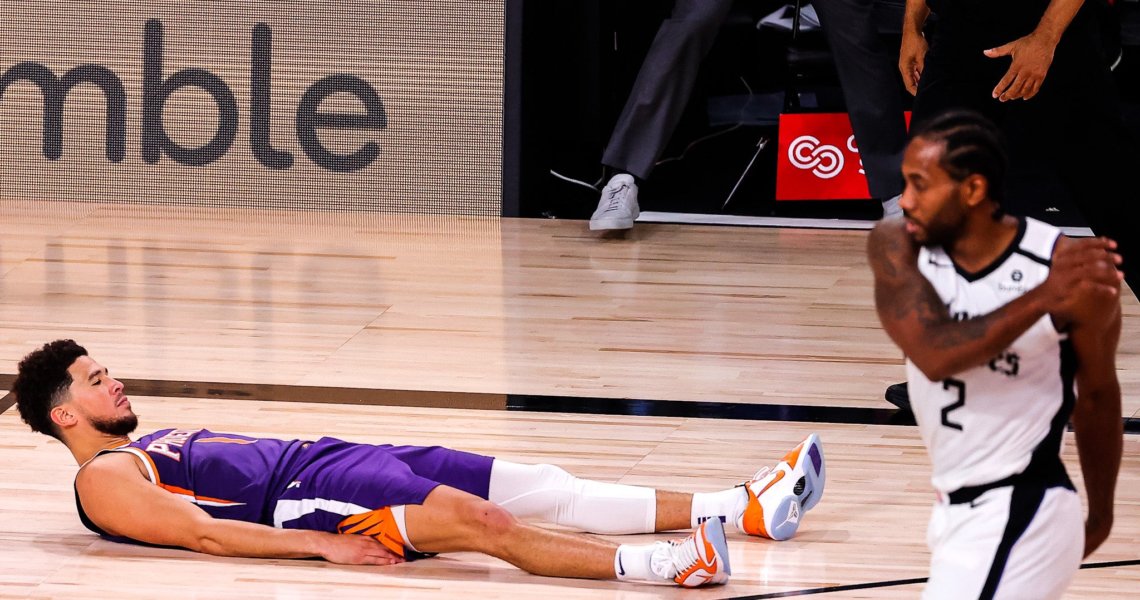 Welcome to Nightly Pro Notables: a collection of the hottest sneakers and biggest moments of the night on August 4, 2020.

People questioned the Suns inclusion in the bubble going into the restart. It appears Adam Silver is a genius though as Phoenix has won all three of their Disney World games, with Devin Booker knocking down a buzzer-beating jumper to cap his 35 point performance against the Clippers.

The orange and white Kobe 5 Protro PEs he wore for this game isn’t available at this time.

Put TJ Warren’s jersey in the Disney World rafters, even if the Pacers big only had 32 points this game. The man literally did not miss though, dropping 21 points on 8/8 shooting. Indian is now 3-0 in the bubble.

Luka Doncic was a walking triple double before the league was put on pause. This game was vintage Luka with a little extra. Luka Magic became the youngest player to notch 30-20-10 game. The damage: 34 points, 20 rebounds, and 12 assists.

You can find the Jordan Jumpman Diamond that Luka Doncic wore for this game at StockX.

Hopefully the Andersons got tickets to the game because Justin had a BIG highlight. With a head full of steam, Anderson rose up above Giannis for a vicious, left-handed slam.

Justin rocked the Nike Kyrie 6 this game, which you can find at StockX, GOAT, Flight Club, and DicksSportingGoods.com.

After not being signed for much of the season, Jamal Crawford checked in for the Nets and made an quick impact knocking down a 3.

You can find the Nike KD 13 he wore this game at StockX and Dick’s Sporting Goods.

In tonights version of “what did the Sneaker King” wear, we have PJ Tucker rocking USC PEs of the Nike Kobe 4. This 11 year-old sneaker seemed to hold up despite the age, and with Tucker having to guard 7-foot Blazers on the night.

You can find the Nike Kobe 4 “USC” at StockX.

You hardly see Reeboks on-court nowadays but Trey Burke busted out these low-top Answers with the Carolina blue patent leather.

You can find this Reebok Answer Low at StockX.