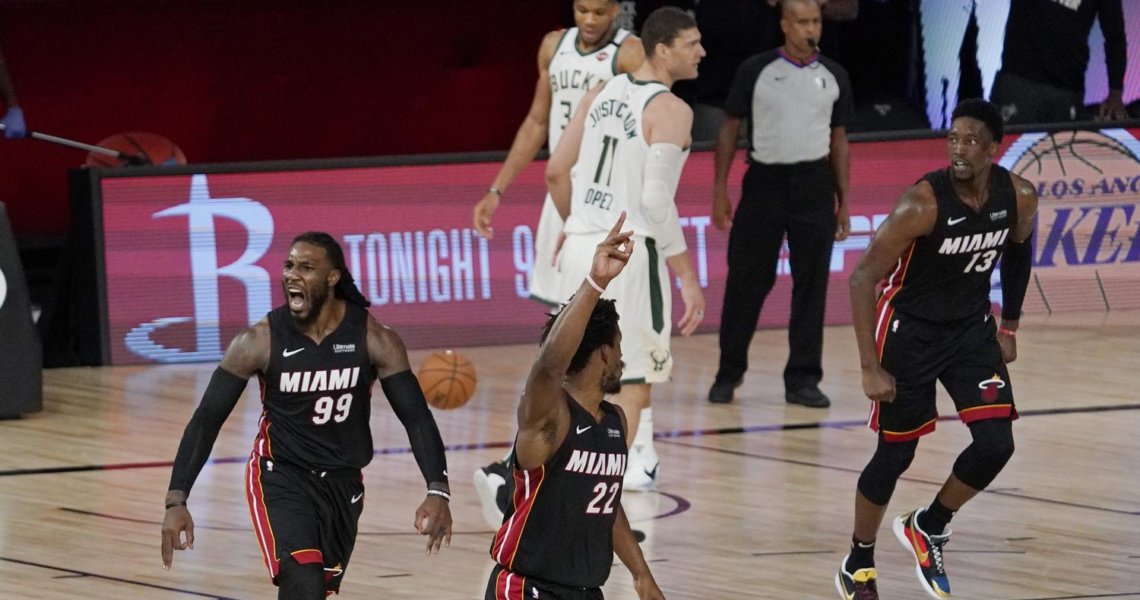 Welcome to Nightly Pro Notables: a collection of the hottest sneakers and biggest moments of the night on September 8, 2020.

Without further ado, check below for the notable sneakers and highlights from another night of NBA bubble basketball.

LeBlock Party for the Rockets

Once again, LeBron James was instrumental in the Lakers win, pacing Los Angeles with 29 first-half points. King James finished with 36 points, but it was his 4 blocks that stifled Rockets players:

The King got it done in a white, purple, and volt Nike LeBron 17 seen below. This remains a player exclusive, but you can find other colorways at StockX, GOAT, and Dick’s Sporting Goods.

Playoff Rondo is Back

Rajon Rondo was always known as a pass-first point guard, but he also put up buckets in game 3. Playoff Rondo even made three 3-pointers, well eclipsing his 31.6% career long-range percentage. The damage: 21 points and 9 assists.

Rajon rocked the Nike Air Penny 5 “Blue Chips” for this win, which you can find at StockX.

Very rarely will you see a rookie get entrusted with all the 4th quarter playing time. Coach Spoelstra clearly trusted Tyler Herro in the game 5 elimination game, with the 20-year old paying dividends for the win. In addition to the slick pass seen above, Herro made a few threes to help close out the Bucks to advance to the Easter Conference Finals.

You can find the “Unlucky 13” Nike Kobe 5 Protro that Herro wore this game at StockX.

Say It Louder for the People in the Back

With the crowd-less arena comes extra volume for the players on the court. Anthony Davis made sure he was heard, bellowing on this alley-oop slam.

The Nike Kobe 5 Protro “Lakers/ 5x Champs” that A.D. rocked in game 3 can be found at StockX and GOAT.

Marvin Calls It a Career

While many were speculating on what Giannis’ move might be, Marvin Williams quietly announced his retirement after 15-years in the league. The former Tar Heels champion and number 3 overall pick finished his career in the Nike Zoom Freak 2 in black and white. This can be found at StockX and Dick’s Sporting Goods.

In another edition of “what did the Sneaker King rock tonight”, P.J. Tucker brought out a classic original colorway of the Air Jordan 10.

the AJ10 “Steel” can be found at StockX and GOAT.