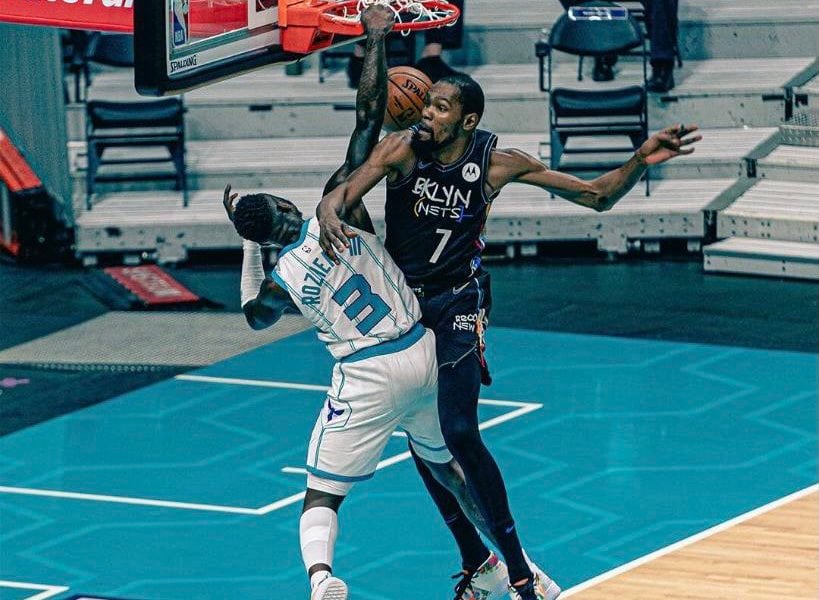 Welcome to Nightly Pro Notables: a collection of the hottest sneakers and the biggest moments of the night on December 27, 2020.

Tonight we saw even more game-winners from the likes of an all-star in Domontis Sabonis and lesser known Damion Jones. We also saw a highlight poster slam from Terry Rozier, that may be his best career highlight in his short career. It was that good.

Check below to find these moments, as well as our wild sneaker of the night at the end of the article.

Curry Moves Up the Record Books

After a few lackluster games from Steph Curry this season, the Warrior great went off for 36 points in Golden State’s first W of the season.

Steph’s shot isn’t completely back to what we expect, but he was still dropping super long-range bombs on the Chicago Bulls.

More importantly, he sank his 2500th career 3-pointer in this game:

You can find the “Golden Flow” Curry Flow 8 that Steph wore this game at GOAT and Dick’s Sporting Goods.

In the highlight of the early season, Terry Rozier took a full-court pass from LaMelo Ball to rise up on a slam. Kevin Durant tried hard to contest, but Scary Terry was able to absorb the body contact to pack a right-handed poster dunk in KD’s grill.

Rozier wore a white and multicolor Puma Clyde All-Pro for this moment, which you can find at Dick’s Sporting Goods.

With the Warriors down 128-126 to the Chicago Bulls with 5 seconds left, one man stepped up for Golden State. No, it wasn’t Steph Curry, it was Wing Damion Lee. Steph was well covered on the inbound, so Kevon Looney received the rock from Lee at the top of the 3-point line. A hand-off and screen gave Damion just enough room to rise up for the win… Swish.

Like Steph, Lee wore the Curry Flow 8 for this big shot. His red and gold “Chinese New Year” colorway hasn’t dropped yet, but will release soon.

One of the few undefeated teams left are the Indiana Pacers, all thanks to a game-winner from Domontas Sabonis. Down 1 to Boston, Sabonis took the inbound and drove off a fake handoff. The Pacers big man then took a bump from Celtic Robert Williams while finishing the layup with 8.4 left.

The all-white Nike Kobe AD from 2017 worn in this highlight isn’t currently available, but you can find other colors at StockX.

The Internet legend of Alex Caruso continues, as Lakers fans are now comparing him to Los Angeles legend Kareem Abdul-Jabbar. The Bald Mamba drove through the lane on this play before hovering past Timberwolves big Ed Davis for a sweeping skyhook.

the white, pink, and purple Kobe 5 that Alex wore this game isn’t available, but you can find other colors at StockX, GOAT, and Flight Club.

Kyrie Irving has always brought the new colorways to keep fans on their feet and tonight was no different. Irving debuted a black, teal, and pink Nike Kyrie 7 this game. While there isn’t news on a release or inspiration, the colorway is reminiscent of South Beach colors.

Before Miami Heat fans can speculate, Irving still has three-years left on his max deal with the Brooklyn Nets. You can check for other colorways of the Kyrie 7 at StockX.

This ANTA GH2 colorway isn’t available, but you can find other colors at Anktshop.com.