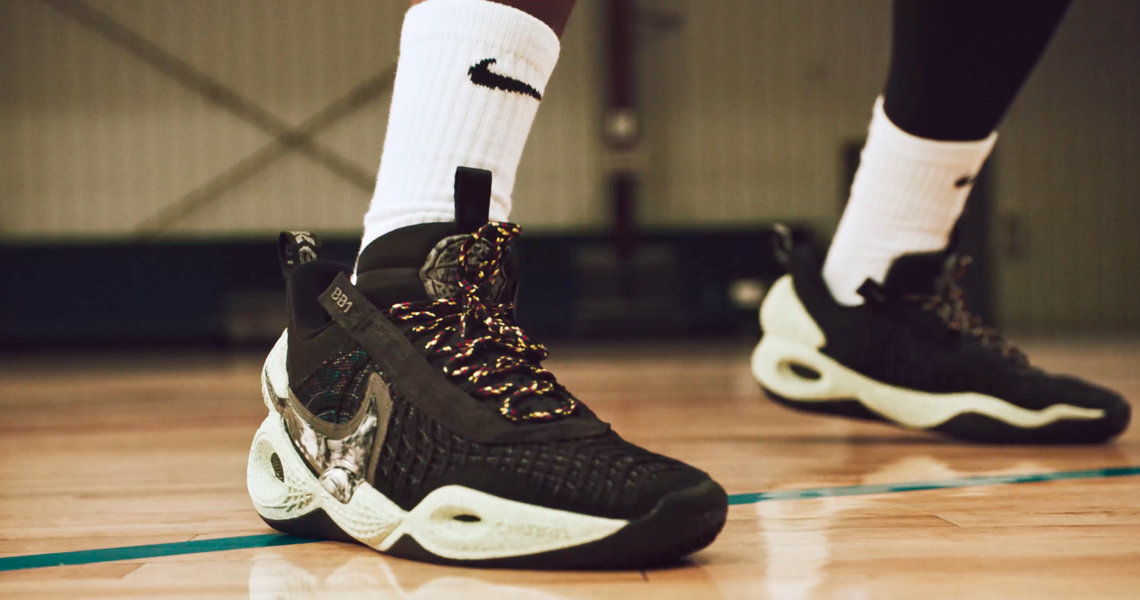 As part of Nike’s Move to Zero initiative toward zero waste and zero carbon, the Swoosh brand dropped news of the new Nike Cosmic Unity. This first-of-its-kind sneaker utilizes at least 25% recycled materials which are used on: the sockliner, laces, and even the marble injected swoosh.

Like the Nike Sportswear Space Hippie designs before it, the midsole is made up of Crater foam, with 10% recycled grind from the Swoosh’s reuse-a-shoe program. The upper is also made up of recycled cable yarn, still providing the instant comfort you’d expect from a knit sneaker.

Even the Zoom strobel midsole is made up of partially recycled content, while still retaining the bounce directly under your feet that was last seen on the KD 13.

The sneaker notably debuted on the feet of Anthony Davis in his Lakers practices and during pregame warmups this season. 2020 WNBA MVP A’Ja Wilson is also expected to rock the Cosmic Unity when her season starts.

The Cosmic Unity will debut in the “Green Glow” colorway, which is expected to release on February 26.

The “Amalgum” colorway will drop globally on March 7.

The original Space Hippie inspired colorway will follow with a March 12 release.