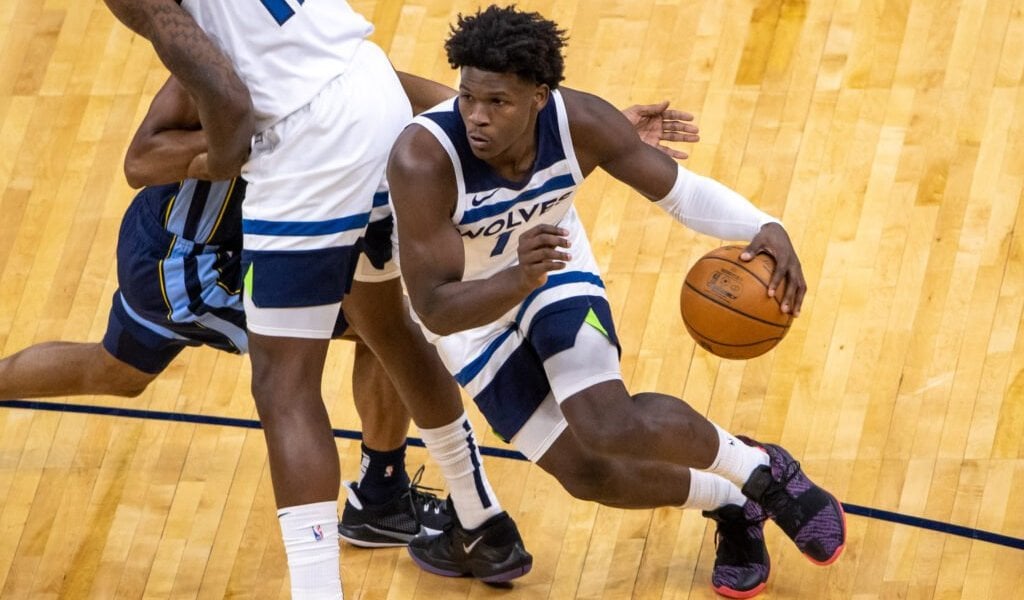 When it comes to sneakers, the number 1 pick in the 2020 NBA Draft is going with stripes over checks. According to Shams Charania, Minnesota Timberwolves rookie Anthony Edwards has signed an endorsement deal with adidas.

As Nick DePaula mentioned, the multi-year deal was in place as soon as last week. Many of this year’s rookies have gone into the season without a shoe deal going into the season. This can be attributed to budgets related to the pandemic, or the lack of name recognition and hype in this year’s draft.

Only LaMelo Ball (Puma) and RJ Hampton (Li-Ning) had signed deals prior to Edwards.

Edwards has shown himself as an adept scorer off the bench for the Timberwolves, averaging 16.5 points a game through two games.

The former Georgia Bulldog rocked the Kyrie 5 and Hyperdunk 2017 Low in his one year at the Nike sponsored school. In recent games, Edwards has been wearing the adidas Harden Vol. 4, and more recently the adidas Dame 6.

His preseason rotation included the Harden Vol. 3, and notably the Nike Kobe 5 Protro.

Nonetheless, adidas has locked up Anthony for multiple years as he looks to make moves in the league.

Cover image via The Athletic