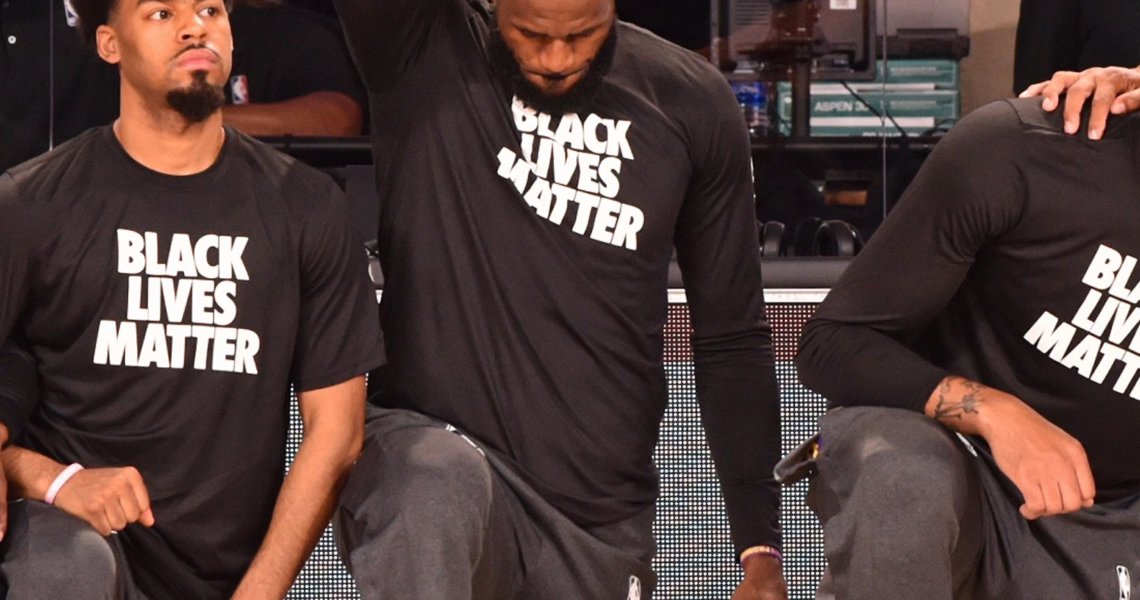 Welcome to pro notables: a collection of the biggest NBA moments of the night, with the sneakers they wore in the game.

The NBA is back and boy were those bubble games tense (despite the lack of a crowd.) Both the Jazz vs. Pelicans and Lakers vs. Clippers matchups came down to final shots, with heroes emerging from both July 30 games. Check below for the notable moments and shoes from an exciting return to action at Disney World.

It had been 140 days since Rudy Gobert’s COVID-19 diagnosis forced commissioner Adam Silver to suspend all NBA games. After weeks of not knowing if the season would get cancelled, it was only fitting that Gobert’s Utah Jazz would play the first game back against the Pelicans.

Gobert would go on to make the go-ahead free throws with less then 10 seconds remaining.

Rudy rocked the Nike Zoom Rize PE in white, green and yellow to match his Jazz uniform in this game.

You can find the Nike Zoom Rize at StockX and Dick’s Sporting Goods.

In the losing effort, Brandon Ingram showed out with his long arms and athleticism on full display.

Ingram rocked the gold and red adidas T-Mac 1, featuring McDonald’s colors and the play on “TMAC SAUCE” on the lateral side. B.I. dropped a game-high 23 points in these sneakers.

You can find the adidas T-Mac 1 “McDonald’s” at adidas.com.

The talk of the league before the season was suspended was Zion Williamson. Going into this first game in the bubble, Williamson was a game-time decision after leaving for a family emergency the week prior. Zion would end up making a difference early with his relentless rim running.

Unfortunately, the Pelicans could not hold onto their early lead and Williamson didn’t play in the 4th due to a minutes restriction to keep him healthy.

The sneakers Zion rocked was the Air Jordan XXXIV in the “Noah” colorway. This was notably designed by Zion’s younger brother, Noah Williamson. The 7-year old brought his coloring book ideas to the table during a design session with the Jordan Brand, with this PE releasing to the masses.

Despite starting his first game in Orlando off rocky, LeBron James finished strong with the go-ahead tip-in that helped the Lakers get the W.

James started the game in the yellow alternate “Command Force” Nike LeBron 17, rocking the shoes during the kneeling of every player, coach, and referee during the national anthem:

After the rough start, King James switched out into a South Beach-esque LeBron 17 Low:

You can find the Nike LeBron 17 at StockX, GOAT,Stadium Goods, Flight Club, and DicksSportingGoods.com.

Keeping the Black Mamba’s memory strong was Anthony Davis, who continued his 2020 rocking of the Nike Kobe 5 Protro.

Just like Bryant, the Brow was the high-point man on this first night of the bubble restart, dropping 34 much needed points agains the Clippers.

The Lakers colorway he wore isn’t available, you can find other colors of the Nike Kobe 5 Protro at StockX, GOAT, and Flight Club.

The reigning NBA Finals MVP had an impressive game back, even in the loss to the Lakers.

Kawhi Leonard put up 28 points for the Los Angeles Clippers, all while rocking his signature shoe that he unveiled in February during the 2020 NBA All-Star Game.

The New Balance The Kawhi he wore in this game is not available at this time.