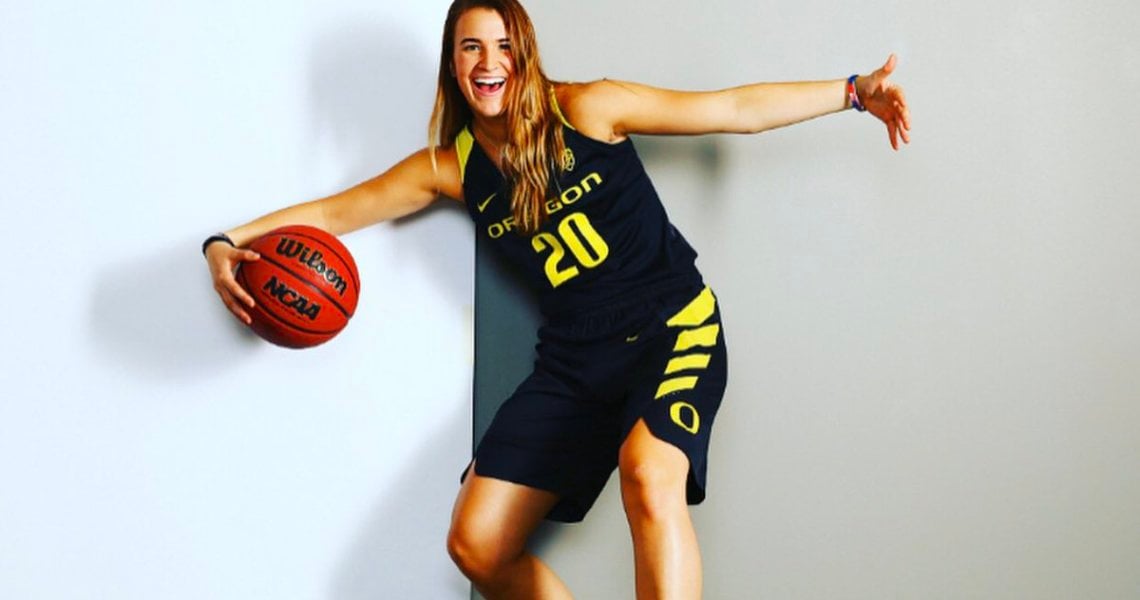 Just moments before the New York Liberty made Sabrina Ionescu the number 1 overall pick in the 2020 WNBA Draft, news broke that Nike signed the phenom from Oregon.

While financial terms weren’t disclosed, the multi-year deal includes endorsement of shoes and apparel. According to ESPN, her deal likely is worth multiple times her expected WNBA salary. This after Under Armour and Puma threw in big money offers to Ionescu. Steph Curry even participated in talks, as he has been a big proponent in growing women’s basketball.

The reigning NCAA national player of the year put up many records with the Ducks. This includes being the all-time NCAA leader in career triple-doubles with 26, which is more than double the men’s triple-double leader.

There wasn’t much doubt that Sabrina would sign with Nike though, as U of O alum Phil Knight founded the brand and forged a relationship with the point guard. Additionally, Sabrina’s mentor Kobe Bryant was a signature athlete with Nike.

On that topic, Sabrina’s agent Bill Duffy confirmed that the Liberty guard will receive her own signature shoe. No current WNBA player has a signature shoe, although Elena Delle Donne had a shoe made specifically for athletes with disabilities like her sister in the Nike UNVRS.

Nike notably made history in 1995, making Sheryl Swoopes the first woman to receive a signature shoe with the Air Swoopes. Other female signature athletes in the 1990s and early 2000s include Cynthia Cooper, Lisa Leslie, and Dawn Staley.

Signature shoes can take a year or more to get to the market, so expect Sabrina to rock a number of Nike Basketball sneakers as she did in college. Ionescu rocked the PG 2.5, LeBron 16 and Hyperdunk X Low in Ducks colorways this past season, which abruptly ended due to the coronavirus pandemic. She didn’t wear Kobes, but did write tribute messages on her shoes every game after Kobe Bryant and Gianna Bryant’s tragic deaths on January 26.