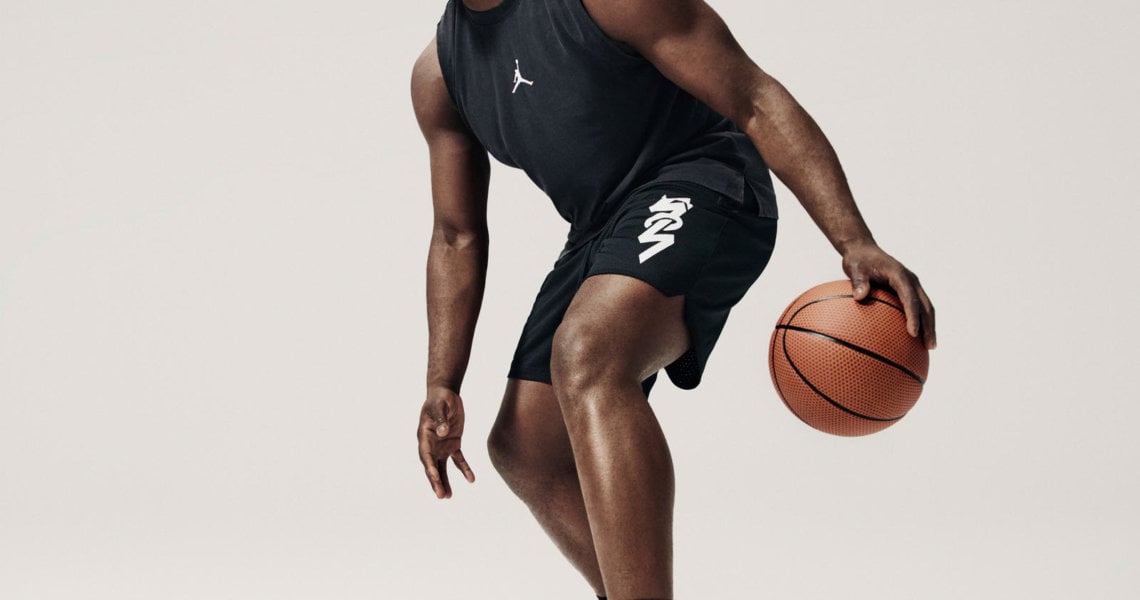 Although the shoe leaked last week, the Jordan Brand has officially unveiled the Jordan Zion 1. Zion Williamson’s first signature model might be the best bang for your buck sneaker on the market today.

Aesthetically, the sneaker is relatively unassuming with simple lines and no overlays. The technology is where the shoe shines though, with an Air strobel directly under the insole for impact protection you can feel. An extra Zoom Air unit is bottom loaded in the forefoot for responsiveness when running and jumping.

If this set-up sounds familiar, it’s because it’s the same cushioning as the Nike KD 14, which retails for $150 – although the KD uses Zoom Strobel instead of Air Strobel. The Jordan Zion 1 will retail for $120, a great entry point for Williamson’s line. Where the Zion 1 differs is in small details that make a big difference.

The tongue features extra foam padding to not only add comfort, but also to emulate superhero armor that mimics Zion’s crazy strength on the court.

The superhero details continue with a prominent Z stripe on the lateral side of the shoe. This connects across the toe to another Z on the medial side.

Zion’s intense quickness is balanced with a large outrigger that will prevent rollovers from side-to-side movements. The toe cap further supports forward movements.

Zion reportedly signed a 7-year, 75 million dollar deal in 2019. Such a large deal was warranted for a superstar as unique as Williamson, who earned his first all-star selection this year. Zion becomes the third active player on the Jordan Brand with a signature line, joining Russell Westbrook and Chris Paul.

From there, the dark blue based “ZNA” colorway will release on May 5, featuring a glow-in-the-dark sole and speckling on the Z.

Next up is a familial colorway, with doodles and sketches on the shoe drawn by Zion’s brother Noah. This multicolor sneaker will drop on May 19.

The fourth colorway to release will be the Marion version, inspired by Zion’s hometown in South Carolina. This pink and maroon sneaker will release on May 26.