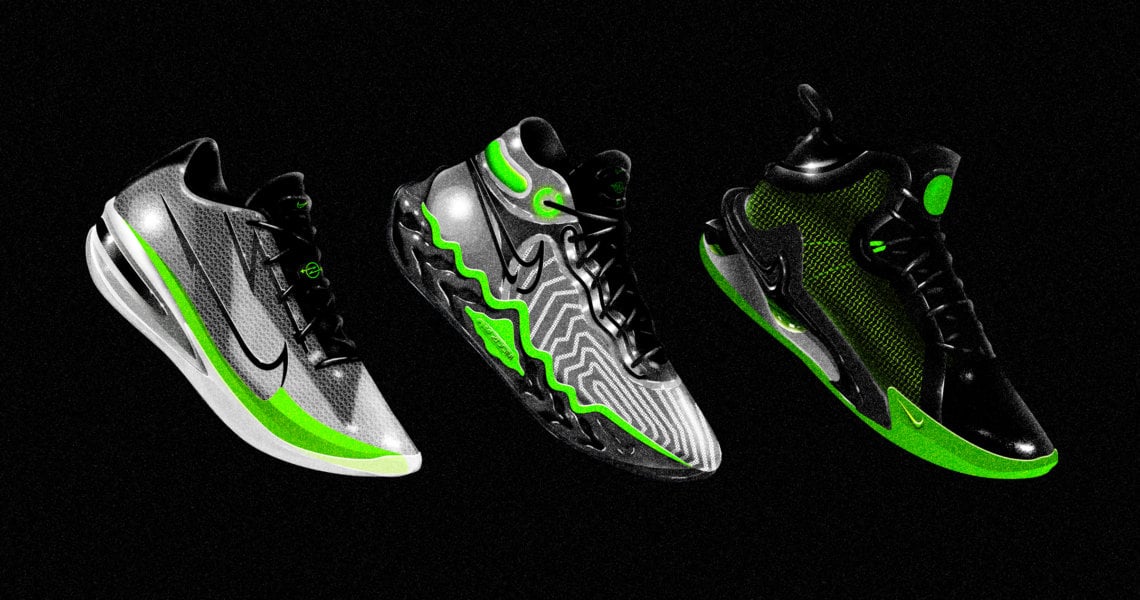 The sports performance researchers at Nike have seemingly cracked the code on helping hoopers maximize their performance. Based on research from the ZoomX VaporFly 4% running shoe, the Nike Basketball designers saw that types of movement that mattered the most on the court. These movements include cutting, running and jumping, with each being a focal point on 3 upcoming sneakers in the GT (Greater Than) series you can read about below.

The first sneaker that will release in the line is the Nike Air Zoom G.T. Cut. As the name suggests, this shoe maximizes the quickness for the wearer. In basketball, the difference between a bucket and a miss can come down to the smallest of advantages, with milliseconds being all a player needs to get past their defender.

For the aesthetics, the G.T. Cut can pass as a Kobe model due to it’s sleek, low-cut design. The internals is where the shoe shines though, namely the parabolic Zoom Air Strobel. This is curved to get the bouncy Zoom Air and your foot as low to the ground as possible, maximizing court-feel.

Cushioning is still maximized with a heel Zoom Air unit for landing and a drop-in React foam sole on top of the Zoom Air Strobel for added softness.

The Nike Air Zoom Greater Than Cut will release on April 1 in Greater China, with North America seeing a late April release. The shoes have already landed in the hands of Sabrina Ionescu and De’Aaron Fox, with the former headlining the G.T. Cut in the WNBA.

Have you ever felt your feet ache during a basketball game? If so, the Nike Air Zoom G.T. Run is the right shoe for you. This sneaker is based on the endurance and comfort needed to last an entire game.

This comfort is obtained by double stacking the Zoom Air Strobel in the forefoot with another Zoom unit underneath. This gives an extra bouncy feeling under your foot. The lower Zoom unit makes contact with that simultaneously with the outsole and the ground.

The Strobel itself is surrounded by React foam; cushioning known for its soft and springy feel. This also gets double stacked with a React insole/sockliner placed on top.

The Nike Air Zoom Greater Than Run will release in Summer 2021.

If the G.T. Run wasn’t enough double stacking for you, just check out the Nike Air Zoom G.T. Jump. The Run utilized soft React to balance the springy Zoom Air, while the G.T. Jump contrastingly doubles down on the Zoom… Literally.

It all starts with the layer directly under your foot, the Zoom Air Strobel. This shoe has the Zoom across the length of the shoe, covering all landings. A support piece is underneath the Strobel, with holes cut out for the large volume heel and forefoot Zoom Air units that make direct contact with the Zoom Air Strobel.

Below that is another small support piece, bottoming out with thin rubber for the outsole. This first time set-up essentially provides bounce on top of bounce, with your foot and the ground sandwiching stacked responsive Zoom Air. Jumping never felt easier.

The Air Zoom Greater Than Jump will be the last to release in late 2021.