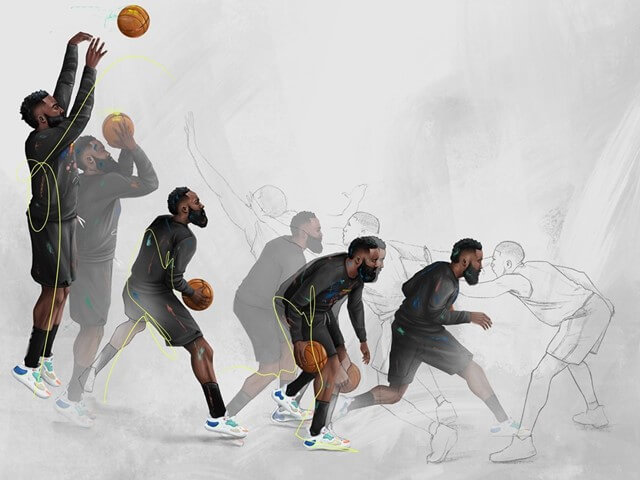 James Harden had an eventful last few weeks, with trade speculation abound. His latest signature sneaker with adidas was also announced, with the latest tech from the three stripes featured prominently on the new sneaker.

The upcoming adidas Harden Vol. 5 will boast the new Futurenatural fit system that allows athletes to move freely in any direction. Perfect for a herky-jerky player like the Beard.

This one-piece upper looks to achieve total freedom on the court by improving the fit, lockdown, and traction. The three stripes took the foot scans of thousands of basketball athletes around the world to make a new shoe mold that anatomically represents an athlete’s foot to perfect the fit. A scientific take to adidas’ Feet You Wear tech from the late 90s, if you will.

On the lockdown front, the seamless, one-piece upper is combined with textured pieces in extreme pressure areas all around the shoe. 360-degrees in fact for maximum support.

The traction pattern is also data-driven to deliver extra grip in areas of the outsole needed for quick cuts.

Finally, the firm and springy LIGHTSTRIKE cushioning combines with a soft Boost sockliner for maximum comfort on the court.

This cloud white and multicolor adidas Harden Vol. 5 will drop on the adidas site on January 4th at 12:00 AM PST, with a retail price of $130.