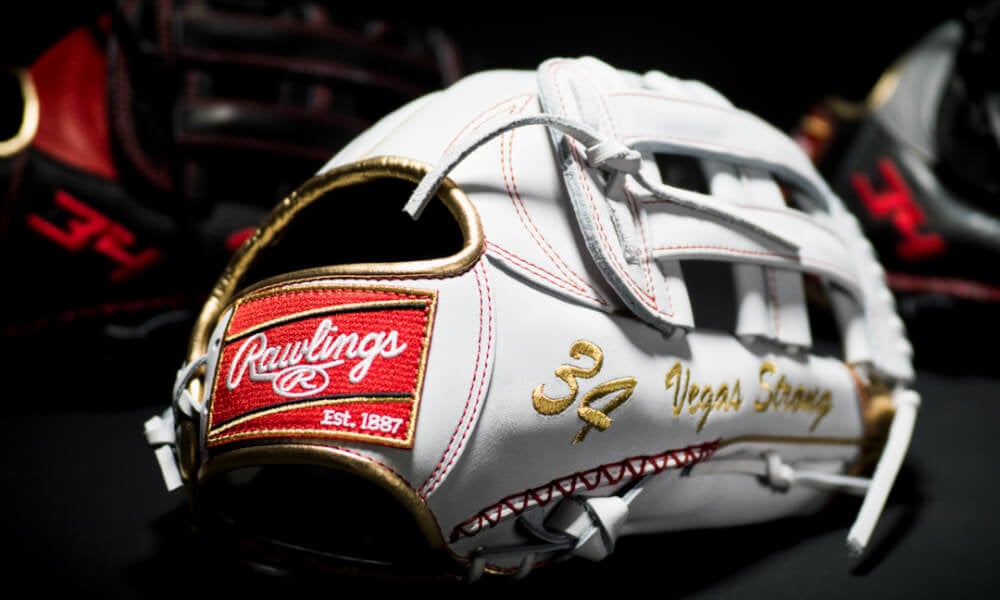 This is Bryce Harper’s game glove for 2018.  If you haven’t heard about this thing yet, check it out.  For the WPW community, this has to be the one of the coolest sports stories you’ll ever hear.  UPDATE: JustBallgloves.com is offering limited quantities of Harper’s glove NOW. Make no mistake about it, this glove has historic meaning.  Not only is it the most ornate glove ever worn on a baseball field, but it was designed by a fan, a glove-head like Bryce, Pablo aka @supremegloves.  How cool is that? Bryce fell in love with Pablo’s own white Yeezy-inspired creation and contacted him about co-designing gloves for Bryce’s 2018 season.  We asked Pablo how the process worked with Bryce, and he says that Harper gave him “free reign” to design each glove.  “Just asked no camo,” Pablo says. Pablo and Bryce produced three designs, and Bryce, so far in 2018, has been gaming the white one.  Pablo didn’t think Harper would be able to wear the glove in games because of MLB uniform restrictions.  “I had to give (Bryce) the disclaimer and he said he didn’t care… He’s in love with it.” We asked Pablo how it feels to know Bryce Harper is wearing a glove with his name on it, that he designed.  Pablo says: “Its surreal.  Knowing my name is in his glove.  A future hall of famer.  The feeling doesn’t get old.” We called this glove a “show glove” when Harper first released it because we thought it was just too pretty to game.  Well, Bryce doesn’t give a damn about pretty.  He’s gaming it. Put gold tips on anything and its gonna be fire.  The yeezy-ish ring finger, also fire.  That’s a Supreme Gloves touch and its a good one.  The gold accents, piping, stamps, hand-sewn welt: all absolute fire.  Opticore leather (the rarest and finest of all Rawlings options).  Can’t help but send Gold Glove 2018 vibes Bryce’s way, because if he gets the gold labels, its over. This glove would be a perfect score, but I have questions about the longevity of the Yeezy-ish material, as well as the overall whiteness.  With Bryce’s dirtbag style of play, how will it hold up? We first posted about this glove when Bryce dropped it on Instagram. 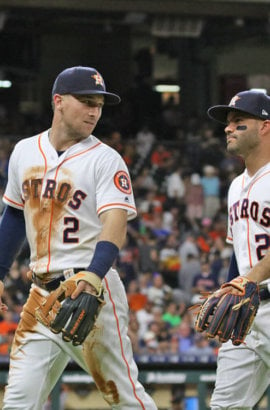