Lets talk about the absolutely excruciating grind that is the winter for a true baseball fan.  Football on every sports channel, day and night.  After the NFL season subsides, people don’t have much choice but to watch basketball.  The NBA may be the only league that starts the MVP debate before the All-Star break.  How many times do we have to see a 6’7″, freakishly athletic basketball player throw down a generic dunk in a one-on-zero on the SportsCenter Top 10?  That’s like Miguel Cabrera going deep at Williamsport.

Mercifully, February rolls around. Florida and Arizona heat up. In Spring Training, we saw a 22 year old kid get grown-man money and the best pure hitter in the game for five consecutive years become the highest-paid professional athlete in history. We saw Kurkjian impressions, big names swapping places, and the first ever game on the cricket grounds of Sydney, Australia before the official Opening Day even happened. March winds down, your bracket is busted, and Opening Day, at long last, is here—the only day of the year that could rival Super Bowl Sunday. Blockbuster deals, Baseball Tonight, Web Gems, and America’s one and only true pastime is back.

Opening Day, as always, brings a lot of firsts. New Tigers shortstop Alex Gonzalez gave the Royals their first walk-off loss with a single to left and Neil Walker sent the Cubs home crying with a missile over the right field wall that ended the first extra innings game of the season. The first replay worked seamlessly, though you can just about book it that replay controversy is on its way.  Rollins hit the first grand slam, Trout hit his first of many mammoth home runs, and the Marlins found a way to score 10 runs for the first and possibly last sell out crowd in Miami while the youngest opening day starter since King Felix, Jose Fernandez re-asserted himself as one of the nastiest pitchers in the league.

Opening Day was the best appetizer to the main course that we could have hoped for. Here are a few highlights from one of the greatest days of the year.

In the nail-biting, pitcher’s gem that was the Cubs/Pirates game, we got our first glimpse of last year’s MVP, Andrew McCutchen. Although McCutchen was overshadowed by teammate Neil Walker on Opening Day, we can only assume he’ll have another great year in 2014. The first thing I noticed was that he switched up the color of his Marucci CUTCH22 bat from the two tone natural/cherry to an all cherry bat to open the season with. It’s a slick color and I’m sure he won’t be the only guy switching to it. Here is a great shot of the sick gear McCutchen was rocking on Opening Day. Custom Nike Swingman moldeds, custom Swingman BG’s, and a nice black and yellow Evoshield.

Opening Day marked the first Grady Sizemore sighting since 2011. Nine hundred and twenty-two days since his last MLB game, Sizemore decided that he was going to let everyone know that he was back and ready to play. With a 3-1 count in his second AB of the game, Sizemore took a hack at a Tillman cutter and scrapped it over the wall. If you haven’t heard, he actually broke his bat on the swing. It was an awesome sight to see and I can’t imagine the feeling he had after the ball left the yard. We’ve got a good shot of Grady Sizemore greeting his teammates at the top step after the HR. You can see he has some sweet black/volt Nike Diamond Elite Pro II batting gloves. They are available and probably moving fast.

Check out Sizemore running for his life around second just in case it didn’t go out. It’s obvious its been awhile since his last dinger.  (Note: If you hear more video playing but can’t see it, just press pause—its coming from the next video down.)

In a game that may have flown under the radar, the Giants/D-Backs had a pretty nice ending to it. In the top of the ninth and the game tied 7-7, Buster Posey leaned on a 1-0 heater and deposited it in the stands in left. Posey has one of the sweetest righty swings in the bigs and is not shy when it comes parking balls to all fields. How ’bout this lesson in hitting from Professor Posey here? Doesn’t get much better at contact than that. As always, Posey wears Under Armour cleats (UA Yard Mid ST) and batting gloves (Yard VI).

An absolute bomb by Posey. That is all.

In the final game of Opening Day, we were all assuming the stacked lineup of the LA Angels would put on a show for the hometown crowd against the upstart Seattle Mariners. We were all wrong. Aside from the missile in to the left field stands by Mike Trout in the first, the Angels could not get anything going against King Felix who struck out eleven in six innings of work. The Mariners exploded for a ridiculous eight-run rally over three innings as soon as Felix was taken out of the game. Highlighted by a Justin Smoak three-run homer, the young Mariner lineup and newly acquired Robinson Cano might be poised to take an otherwise murky division. We don’t have a profile up for the player of the game, Justin Smoak, but he’s definitely on his way to getting one. Here you can see Smoak in perfect dismount after smoking a ball out to right. He’s got what look to be Nike Huarache Pro cleats, Nike MVP Elite Pro batting gloves, and some Old Hickory lumber. Look for Smoak to have a break out year in 2014.

Though he may have been out done by the Mariners on Monday night, Mike Trout had Angel Stadium erupting within 10 minutes of the first pitch. Felix Hernandez decided to try to sneak a 1-1 slider by Trout to get ahead in the count and Trout demolished it to left, opening the game with a 2-run tater. With one of the quickest, shortest swings you will ever see, when Mike Trout steps into the box, stop what you’re doing and watch. Like Smoak, Trout is seen using the MVP Elite Pro batting gloves and Old Hickory J143M, but the most impressive piece of gear is Trout’s custom Nike cleats.  He looks to have an updated version of these: Fully custom Nike masterpieces, and Trout’s got some new colorways this year.  We’re hoping to get some great photos of these for you.

If you want to see why Mike Trout is one of the best hitters our generation will have the joy to see, here you go. Trout didn’t even flinch when King Felix tried to dump a slider in there. Adios pelota. 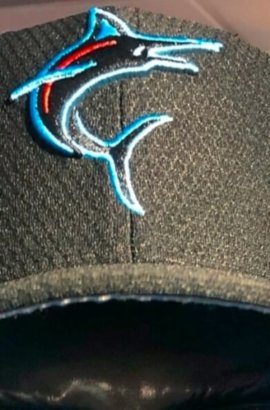