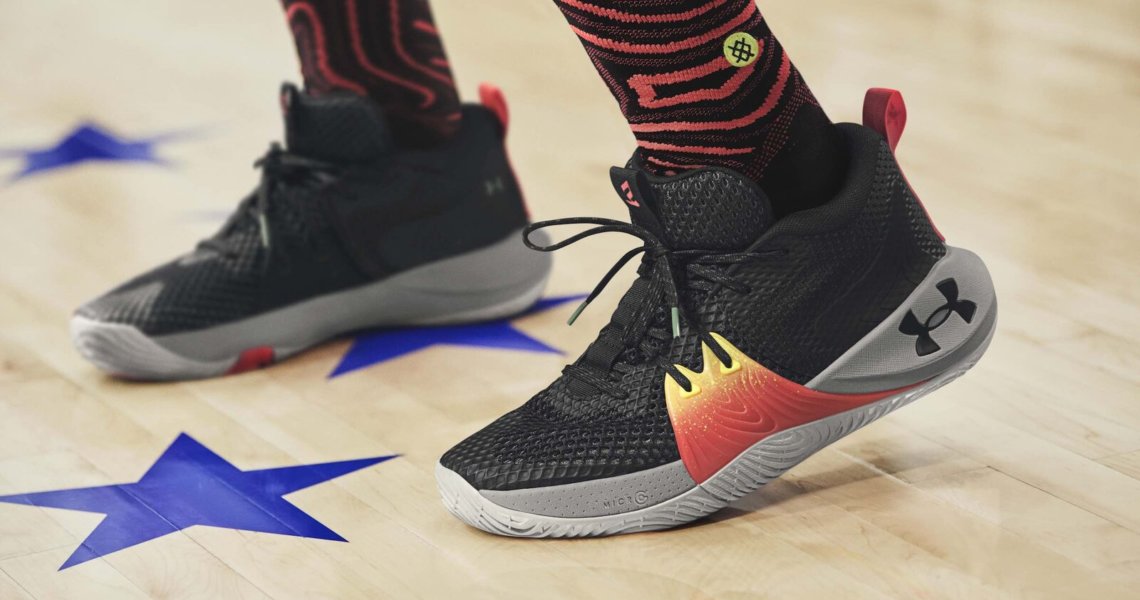 After announcing the Philadelphia 76ers Center’s signature sneaker in January, Under Armour has finally unveiled Joel Embiid’s first shoe in the UA Embiid One.

JoJo laced up the sneakers for the first time tonight against Orlando, dropping 23 points in the bubble game.

UA’s tried and true Micro G cushioning is featured in the forefoot for quicker responsiveness. Joel is familiar with the cushioning, having worn the Under Armour Anatomix Spawn line. HOVR cushion is used in the heel for added energy return. This was on Embiid’s other sneaker this season, the HOVR Havoc 2.

The upper is made of a lightweight mesh, while a support wing on the midfoot adds much needed structure for stopping on a dime.

Embiid officially becomes the second signature athlete in Under Armour’s basketball division to Steph Curry. The Golden State Warriors star seems like the shoes, as seen on IG impersonating the Cameroonian big man:

The UA Embiid One “Origin” colorway seen in this post releases September 18 in North America at Eastbay, UA.com, and UA Brand Houses. The sneaker drops worldwide on October 2.