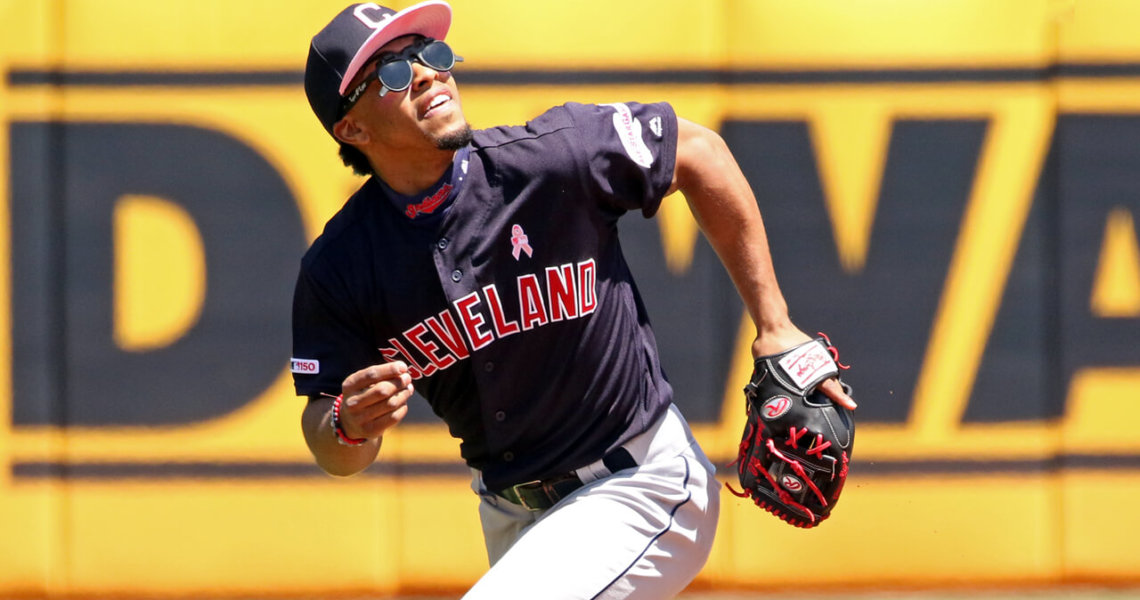 What gloves do the pros wear?  We’ve tracked this information since 2013, and the key players, Rawlings and Wilson, have maintained the loyalty of the lion’s share of MLB players.  This year, as in year’s past, Rawlings (54%) and Wilson (31%) account for about 8 of 10 starting players (pitchers excluded).  Most of the remaining starters wear Mizuno, newly rising Easton, All-Star, SSK, and Nike gloves.

Before we get into the data breakdowns, what do you wear? 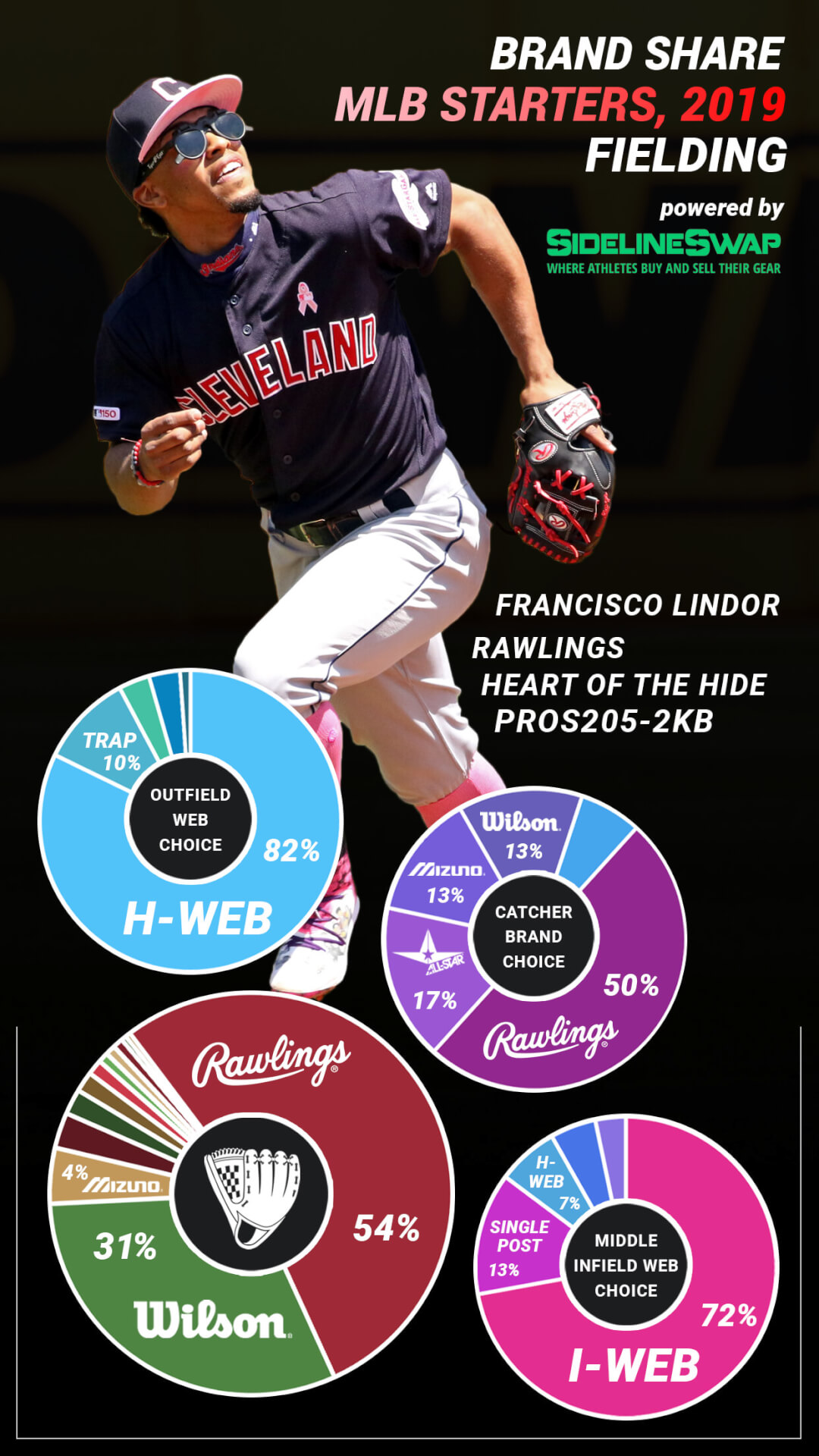 In these reports, WPW polls MLB starters only (important to note that this excludes pitchers), based on Baseball-Reference.com’s team pages with a few additions.  Here are the results, starting with the leader, Rawlings Sports. 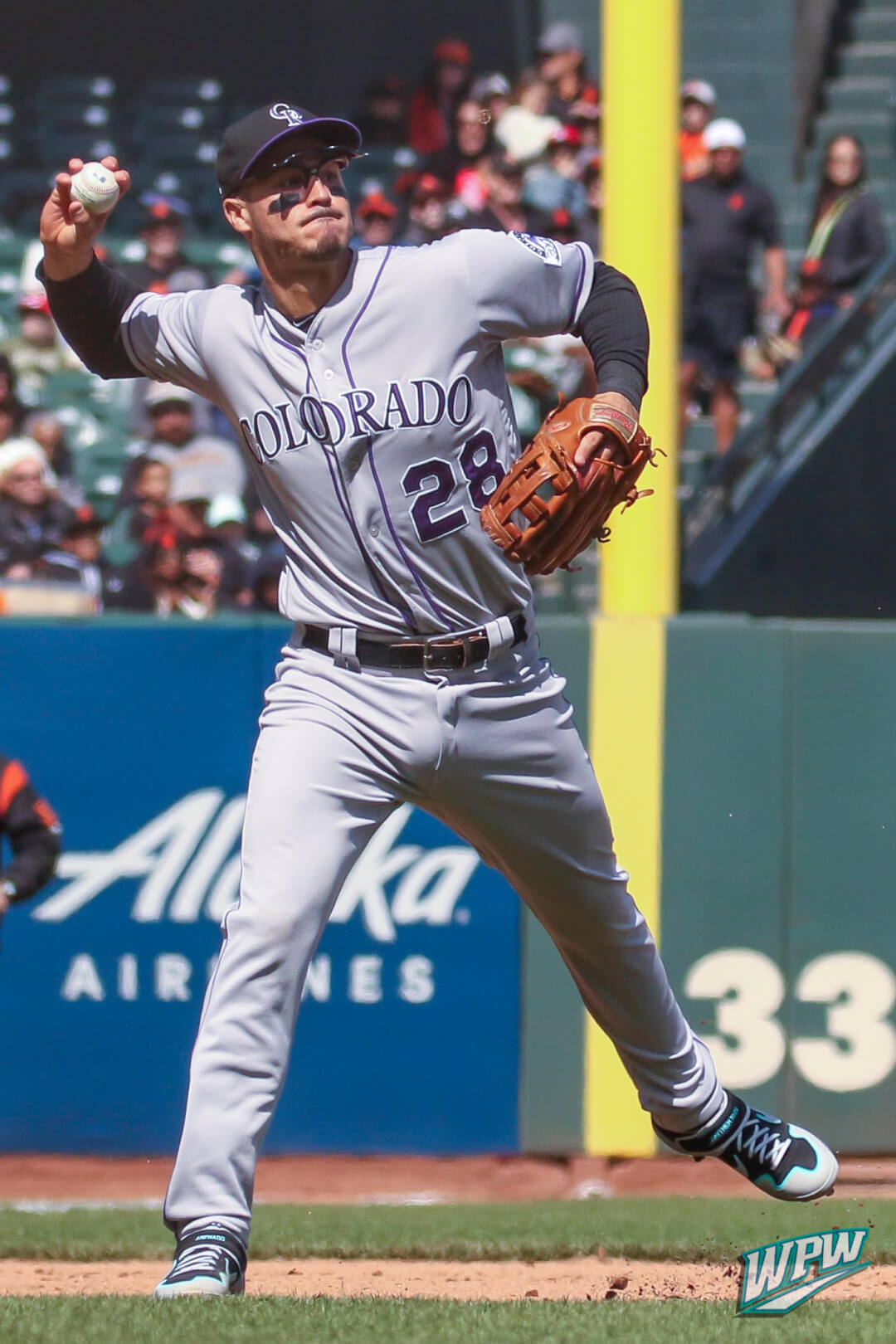 Among starters, Rawlings is still comfortably the most popular glove in MLB, though the 132-year old brand dropped 5 percentage points from 2018 when 59% of MLB starters wore Rawlings.

Of the 131 MLB starters wearing Rawlings gloves, notables include Francisco Lindor, Ronald Acuna (who switched mid-season), World Champion Trea Turner (above showing off his Rawlings stash) and 7-time Gold Glover Nolan Arenado among so many others. 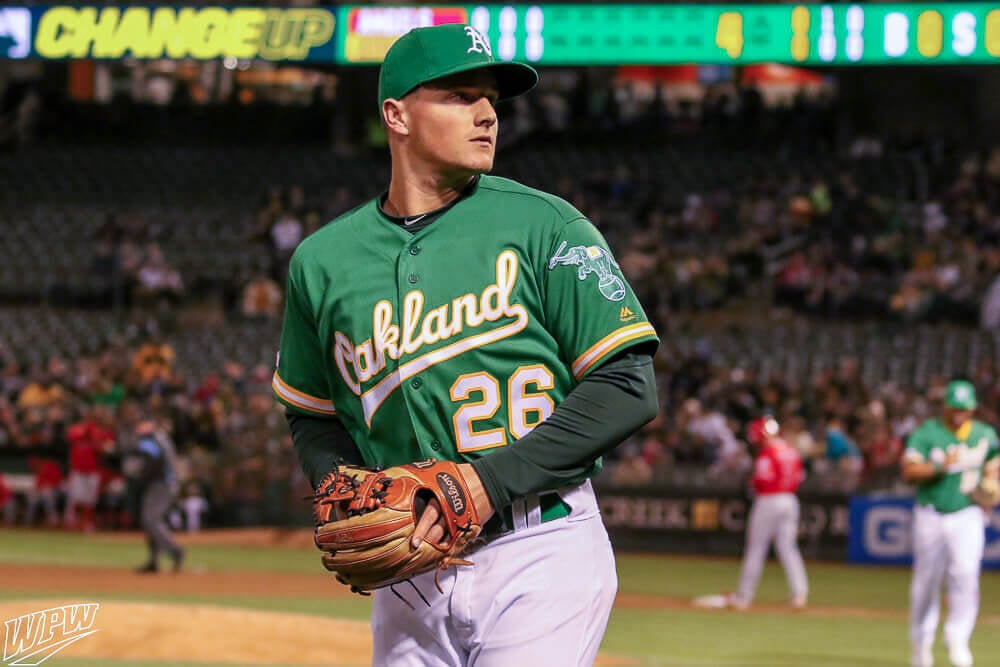 Wilson maintained their place as the second most worn glove by MLB starters, gaining 3 percentage points from 2018.  Wilson was worn by 31% of the league’s starters and favored by Gold Glovers like Matt Chapman and Lorenzo Cain, as well as young stars Vladimir Guerrero and Juan Soto.

Here are some MLB stars who wear Wilson gloves: 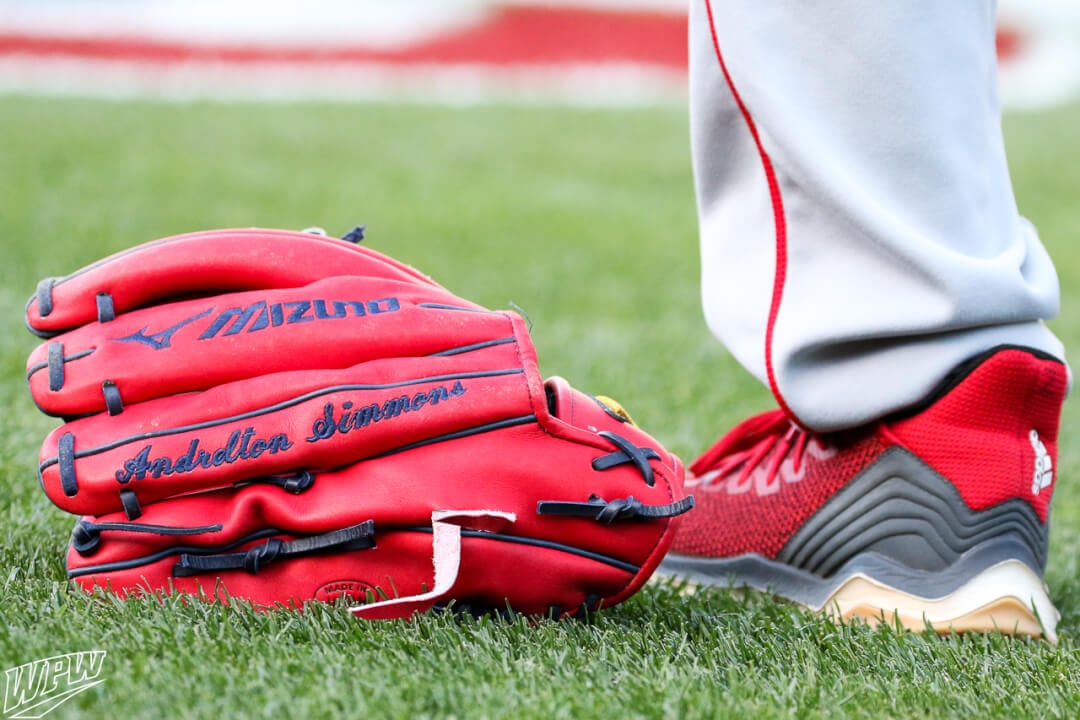 Andrelton Simmons and 4% of starting players wore Mizuno in 2019, along with Gold Glove winner Nick Ahmed, Didi Gregorius, and Atlanta rookie Austin Riley.  While Mizuno doesn’t have the popularity of Rawlings and Wilson, their reputation for quality leather is as good as anyone in baseball. 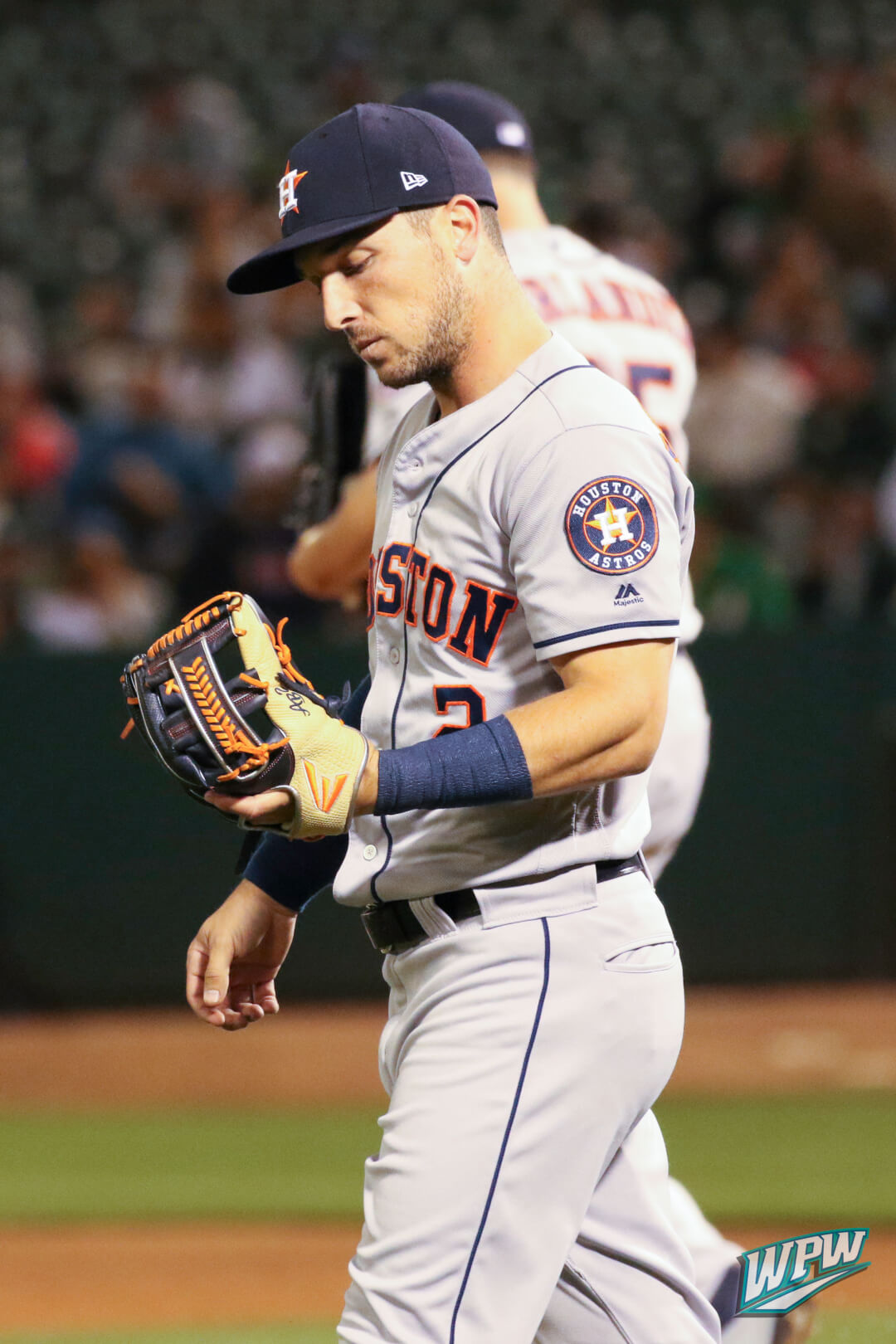 Easton, a rejuvenated MLB brand over the last couple of seasons, was worn by seven MLB starters in 2019, two more than 2018.  This is Alex Bregman‘s, Kevin Pillar’s, and Jose Ramirez‘ second season representing Easton, while Ketel Marte, Adalberto Mondesi, and Ramon Laureano now represent team Easton as MLB starters, too. 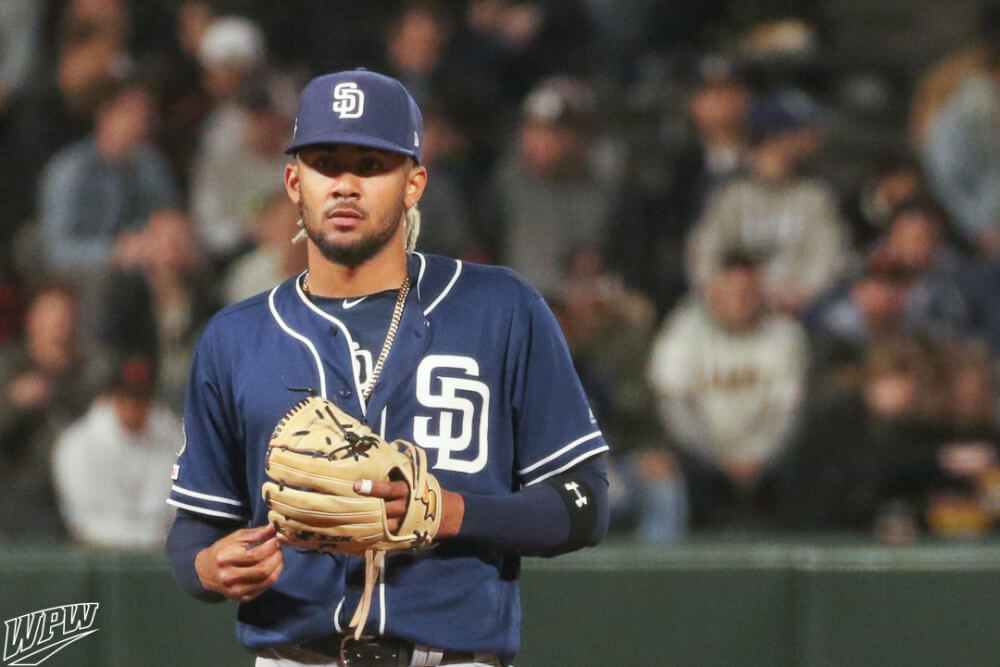 All-Star, the catcher’s specialty brand, was worn by five MLB starting catchers including Gold Glover Roberto Perez.  SSK specialized with swaggy middle infielders, and though they didn’t have a great quantity of Big League starters using their gloves, the quality of player stood out.  Fernando Tatis, Bo Bichette, Javier Baez, and Robinson Cano wore SSK gloves this year; one of three brands with 100% of their players with featured lockers on WPW (Nike and Marucci, too). 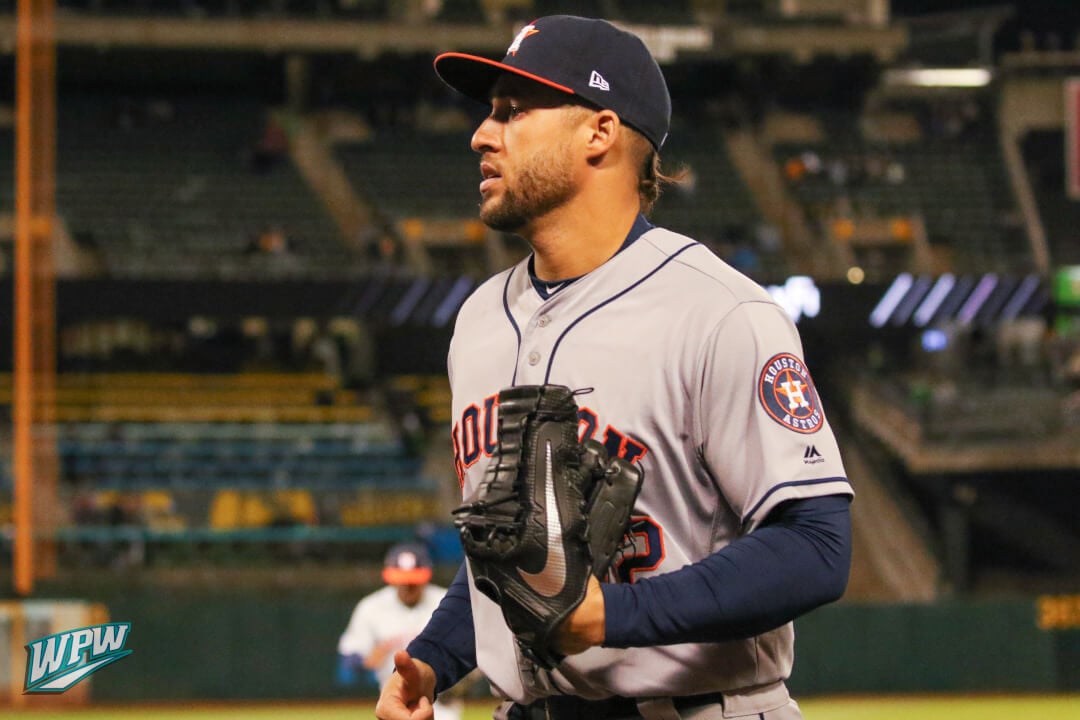 George Springer, with his unusual synthetic Nike Vapor 360 glove, is the only outfielder still wearing a Nike glove, and Ian Kinsler is the only infielder. 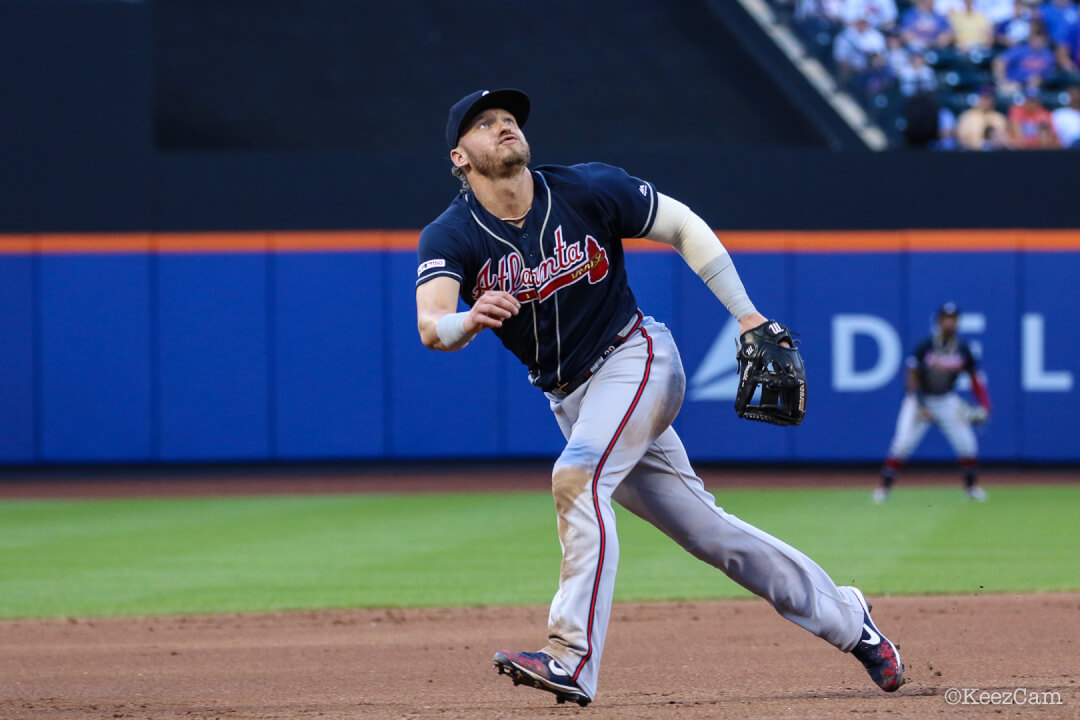 As for the remaining few players, Josh Donaldson and Albert Pujols represent Marucci’s growing line of gloves.  Tyler Flowers and Yasmani Grandal rock Flowers’ catcher brand, Force3.  Japanese brand Belgard was worn by Ji-Man Choi and Jurickson Profar (before Profar switched to Wilson).  Yandy Diaz wore a 44Pro glove at third for the Rays, and lastly, Trey Mancini wore an Under Armour glove in the outfield. 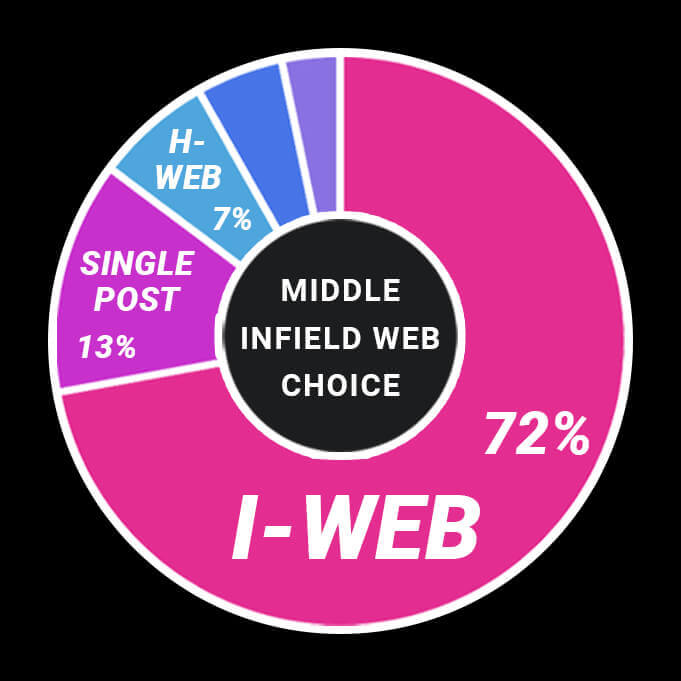 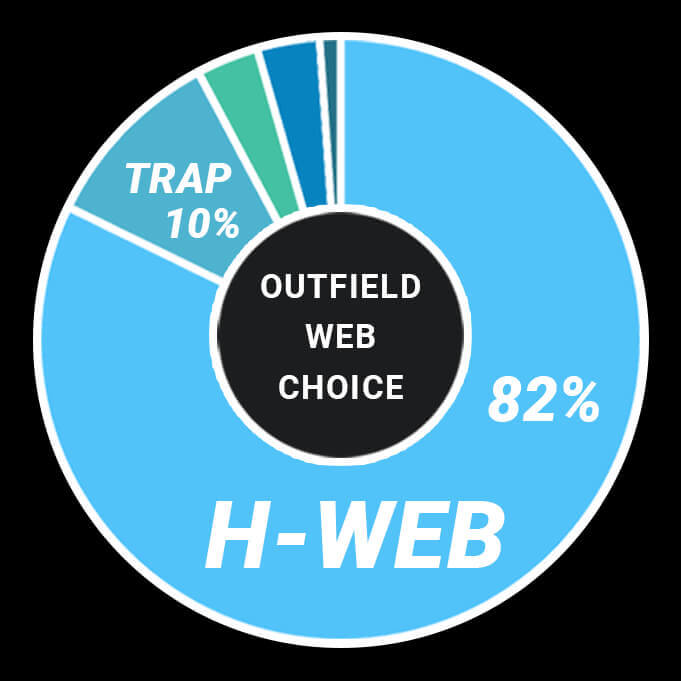 As for outfielders, there has always been a preference for the H-Web, which is designed to allow the player to view the ball through the holes while shielding the sun, if necessary.  It also provides a deep, secure web.  Compared to 2018, the H-Web gained 2 percentage points, while the second choice, Mike Trout’s trap style web, lost a point from 2018, worn by 10% of MLB starting outfielders.

What do you think about the MLB data?  Comment and we’d love to discuss.