Ben Simmons preferred sneaker in the 2018-19 NBA season was the Nike Hyperdunk X.

As the name suggests, this is the 10th Hyperdunk model and would end up being the last version. The high-top and low-top features the same specs, with the collar height being the only difference. The Hyperdunk X boasts Zoom Air units in the heel and forefoot for a responsive bounce to your step. An external heel cup and TPU piece on the midsole add weigh to the shoe, but also provide support that was a staple in the Hyperdunk line.

Ben Simmons wore this shoe exclusively through the 2019 NBA Playoffs, where his Philadelphia 76ers lost game 7 to the eventual champion Toronto Raptors on a buzzer beater.

You can find the Nike Hyperdunk X Low at StockX, Flight Club, GOAT, and DicksSportingGoods.com. 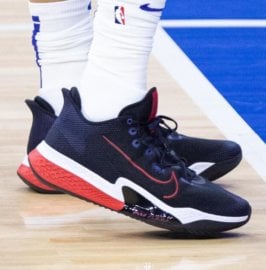 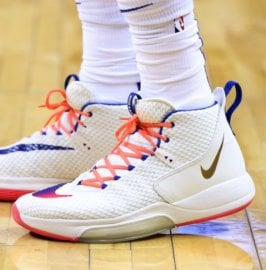 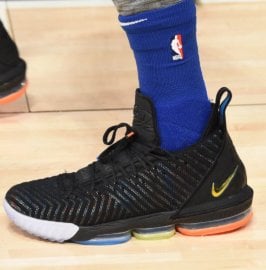 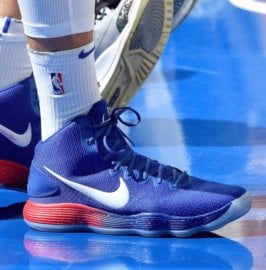