One of Jayson Tatum’s most worn sneakers was the Nike Kyrie 4.

This style is known for it’s biting traction, as is the case for most Kyrie sneakers. The tread rides up the lateral midsole, providing a teeth design of sorts. Aside from the aesthetics, this feature helps players like Tatum have more balance when performing crossovers. The Kyrie 4 also boasts improved cushioning with the softer Cushion foam used instead of Phylon. Mesh was utilized in the toe section of the upper, while suede or leather is used on the heel sections.

The sneaker was notably worn by Kyrie Irving, Luka Doncic, as well as Zion Williamson in his time at Duke. It paid to team with Irving, as Jayson received exclusive colorways like the “Green Lobster” and “Wheaties” versions. Tatum wore a lot more colorways, however, including the “Year of the Monkey“, “Equality“, “Kix“, and “Power is Female” styles.

You can find every colorway of the Nike Kyrie 4 at StockX, Flight Club,  Stadium Goods, and DicksSportingGoods.com.

The moment that made Jayson Tatum a household name; this highlight showed the Boston Celtics star wasn't afraid of the big moment. On this play, teammate Al Horford set an off-ball screen for Tatum who lost the Cleveland Cavaliers defender out of the corner. After receiving the ball, Tatum went to work driving do... Read more 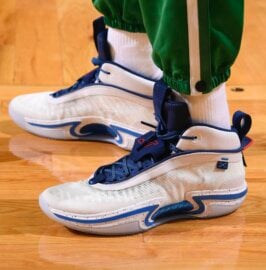 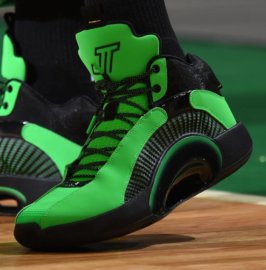 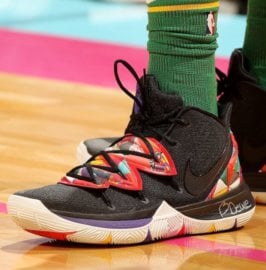 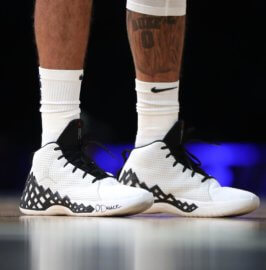 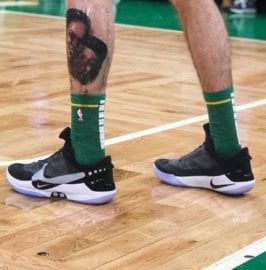 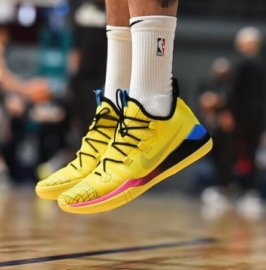