4 years before he was drafted in the NBA, then 16-year old LaMelo Ball had his own signature shoe. This was with his father LaVar Ball’s Big Baller Brand label and debuted after Lonzo’s Big Baller Brand ZO2 sneakers. This design was created by the then Sketchers-owned Brandblack sneaker division, which offered their services under the name Santa Ana Designs. Comparatively to Lonzo’s sneaker, Melo’s MB1 was cheap at $395.

BBB touted the MB1 at the time as one of the “lightest basketball shoe on the market.” A lot of this is attributed to the low-cut design with a notably thin tongue. These features were requested by LaMelo for more freedom on the court.

Due to shipping delays, not very many pairs of the MB1 is out on the market. LaMelo would later ditch the Big Baller Brand to pursue a deal of his own, leading to his 2021 $100 million contract with Puma.

The Big Baller Brand MB1 can be found in select sizes on GOAT. 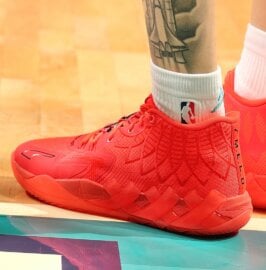 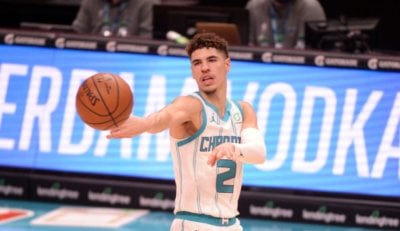