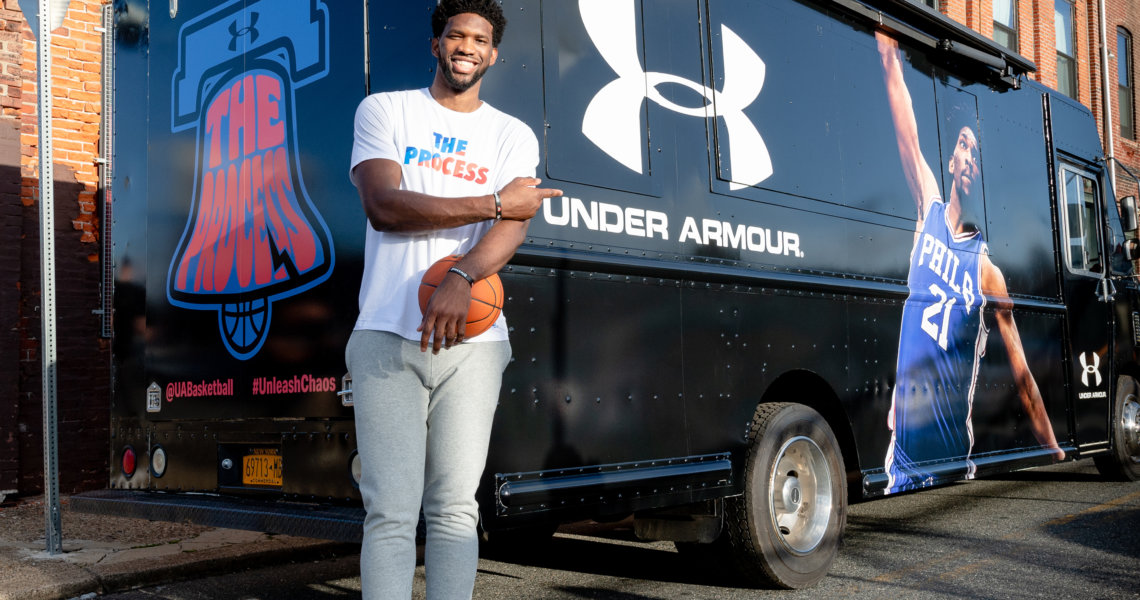 Joel Embiid is trusting the process of his 5-year 2018 deal with Under Armour as his signature shoe will release in late 2020.

This was announced at the conclusion of UA’s Human Performance Summit, an event to showcase what’s coming up for the brand. Unsurprisingly, the shoe will be named the Under Armour Embiid 1. The shoe could have been named “The Process” but it was important to Joel to utilize his family name. This would honor his late brother Arthur, who passed away in 2014 from a car accident in Cameroon.

There are currently 16 NBA players with their own signature shoe and Embiid is poised to be the only center with his own kicks. The Embiid 1 will be a mid-cut and mesh-based, and a large support panel. Joel mentioned he could debut the shoe early come playoff time. Personal touches will include nods to Cameroon and his family.

Embiid will become the third basketball player with a signature shoe after Brandon Jennings and Steph Curry. Joel has been playing in the Under Armour HOVR Havoc 2 and Anatomix Spawn Low 2019 for the 2019-20 season.