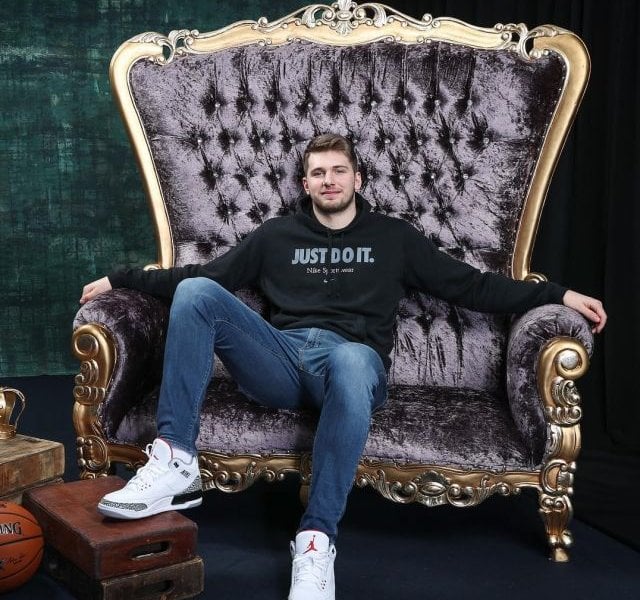 After flirting with Under Armour and Puma, Luka Doncic has reportedly signed a 5-year sneaker deal with Jordan Brand, according to ESPN.

Doncic previously signed a two-year deal with sister company Nike when playing overseas for Real Madrid, which expired recently. During his sneaker free agency, Doncic wore the Puma Clyde Hardwood and Under Armour Curry 7 in warm-ups and games. Luka stuck mostly to Jumpman sneakers however, including the Jumpman Diamond, CP3.XII, and the flagship XXXIV. The deal reportedly will not come with a signature sneaker until he meets goals like league MVP and Finals MVP. Until then, Doncic will perform his Luka Magic in player edition colorways with his design input starting in February. As shown in the cover image, Doncic has been a big fan of Jordan Brand sneakers off-court and in stadium tunnels. This includes rocking limited edition Air Jordan 3s and 4s.

Luka joins other young players signed by the Jordan Brand this year including Rui Hachimura and Jayson Tatum. The Jordan brand also signed rookie Zion Williamson to a massive contract this season.