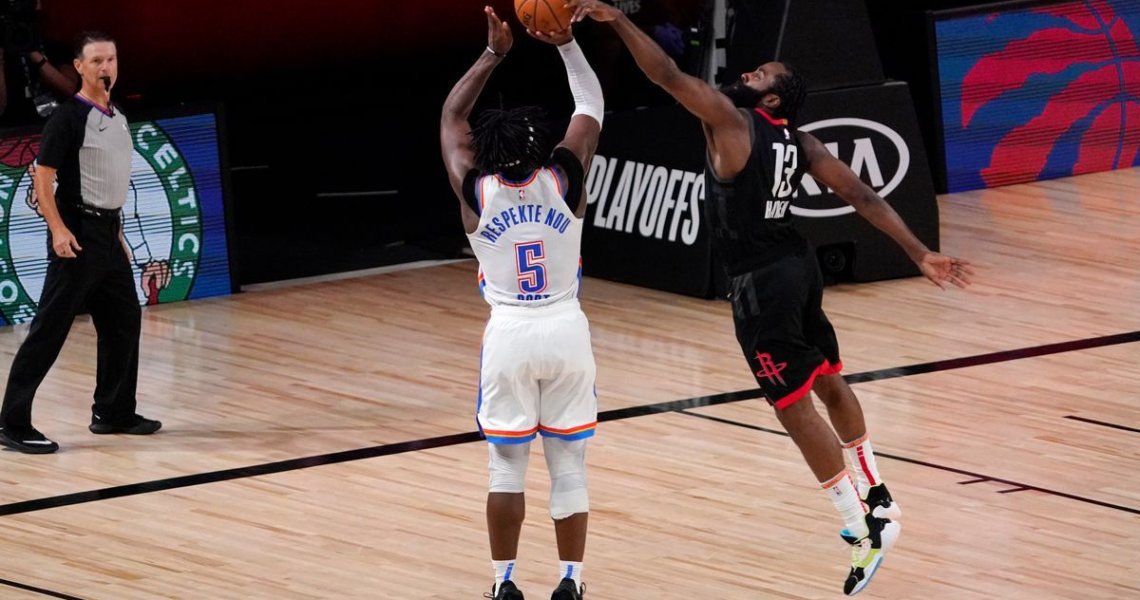 Welcome to Nightly Pro Notables: a collection of the hottest sneakers and biggest moments of the night on September 2, 2020.

Today, wild finishes took place in the game 7 and game 2 action tonight in the bubble. Clutch performances from Jimmy Butler and James Harden (on defense?!) helped win their games. We also saw some Jordan heat from Coach Spo and (of course) P.J. Tucker.

Without further ado, check below for more details on a wild night of Disney World NBA basketball.

In one of the stranger endings in NBA Playoff history, Jimmy Butler was fouled with no time left in a tie game. The ensuing free throws gave the Miami Heat a 2-0 series lead over the best team record-wise in the NBA in the Bucks. Wild stuff.

Despite having an off-night on offense, James Harden made the biggest defensive play of the game. With Lu Dort running wild in the game, Harden somehow blocked his go-ahead 3-pointer with seconds remaining. The pesky Harden then tussled with Dort, who stepped out of bounds to give the Rockets the ball.

The black, green and blue adidas Harden Vol. 4 that James wore tonight isn’t available, but you can find other colors at StockX, GOAT, and DicksSportingGoods.com

Bam Adebayo lived up to his emphatic name on this lob poster dunk over the Bucks Donte Divincenzo.

You can find the “Unlucky 13” Nike Kobe 5 Protro that Adebayo wore this game at StockX.

Between all of the MVPs and all-stars that played today, Lu Dort was the high point man amongst the two playoff games with 30. He may have made a key blunder late, but the Thunder aren’t in this game without all the threes swished early on.

Dort also scored the most points ever in a game 7 by an undrafted player:

Ironically enough, Lu Dort used to play in the adidas Harden Vol. 4 prior to the playoffs. For competition purposes he has been wearing the adidas Dame 6, which you can find at StockX and Dicks Sporting Goods.

Coaches Can Rock Heat Too

The players don’t get to hog all the sneaker spotlight, as Eric Spoelstra came laced in the black and white Air Jordan 3 “Cyber Monday” in the Heat’s game 2 win. You can find this AJ3 at StockX and GOAT.

In addition to making the go-ahead bucket in tonight’s game 7, PJ Tucker got his sneaker game off with a classic from 2010.

You can find the white and black Jordan 6 “Motorsport” at StockX and GOAT.

Since Russell Westbrook’s return to the court, he’s rocked the Jordan Why Not Zer0.3 like before. This time around, the Brody lightened his sneakers up with the Why Not Zer0.3 SE. This version removes the strap and other layers to help the wearing become faster.

The Jordan Why Not Zer0.3 SE “Primary Colors” seen above can be found at StockX.