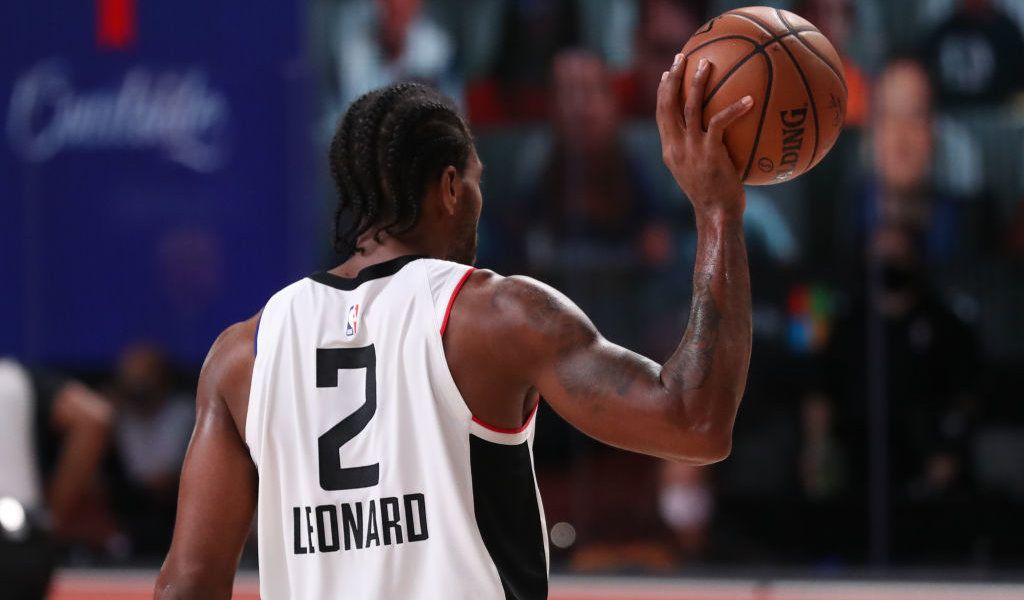 Welcome to Nightly Pro Notables: a collection of the hottest sneakers and biggest moments of the night on August 21, 2020.

On this day, the Los Angeles Clippers took control of their 1st round series with Dallas after an unfortunate injury to Luka Doncic. Kawhi Leonard showed up big time for the 2-1 series lead.

We also saw another Fred VanVleet moment in the bubble, with his Raptors commanding a 3-0 series lead on the Nets. Check below for these highlights as well as a few notable sneakers.

The reigning NBA Finals MVP got his squad back on track, with a commanding performance against the Dallas Mavericks.

Kawhi used his strength to bully Maxi Kleber on post-ups and drives. He also, threw dimes on these drives to off the collapsing defense. In total Kawhi had 36 points, 9 rebounds and 8 assists.

The New Balance The KAWHI 1 that Leonard rocked below isn’t currently available.

After breaking away from the bubble to see his second child be born, Mike Conley returned to Orlando with a bang in game 3 of the Jazz’s series with the Denver Nuggets.

Conley drilled 7 three-pointers on the night for a team-high 27 points, as Utah routed Denver by 37.

Mike rocked the Air Jordan 34 PE that matches their red city jerseys. You can find other colorways at StockX and DicksSportingGoods.com.

Kemba Walker got the ball in crunch with just over a minute left and Boston up 2. The rest was history as Kemba drove the rim on former Celtics big Al Horford, before freezing him on a stepback. The midrange jumper fell through the net, essentially icing the game agains the 76ers.

Walker also wore the Air Jordan 34, but in a green player edition colorway. You can find other colorways at StockX and DicksSportingGoods.com.﻿

Playoff Fred VanVleet continued his shot-making, this time from 3/4 court from the Brooklyn Nets logo. Swish.

FVV wore a black and gum colorway of the AND1 Attack 2.0, which isn’t currently available.

Denver may have been blown out in game 3, but Jamal Murray still made the highlight reel. Murray had his man stuck on a screen before approaching Rudy Gobert. A simple right-to-left crossover froze the French big-man, allowing Jamal to fly in for a forceful slam.

The Nets’ Tyler Johnson busted out an OG pair of Air Jordans agains the Raptors.

The Air Jordan 13 “Bred” he wore this game can be found at StockX and GOAT.

Paul George has ditched his latest signature shoe for the playoffs for his first sig. The Nike PG 1 this time came in a new white, red and blue PE colorway. You can find other colors at StockX, GOAT, Stadium Goods, Flight Club, and DicksSportingGoods.com.