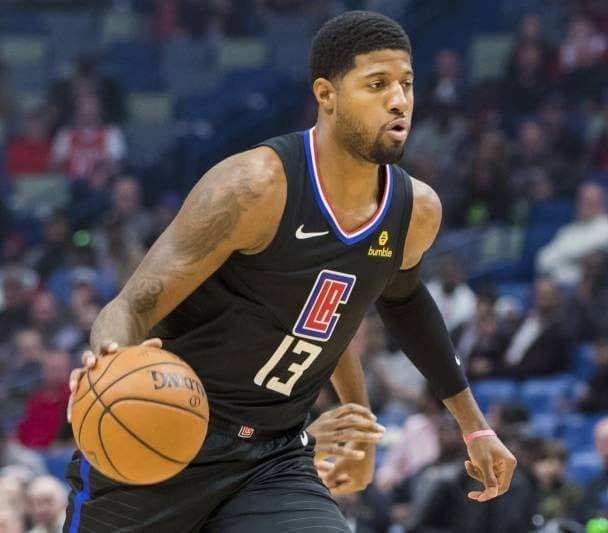 The roller-coaster of Paul George’s career saw the forward switch from no name to all-star. His career flipped upside down from a devastating leg injury but his determination allowed him to rise back up as an MVP candidate.

The hooper from Palmdale, California was drafted 10th overall by the Indiana Pacers in 2010. George’s ascent didn’t come quick, as he played second fiddle to scoring machine Danny Granger. Injuries to Granger would allow PG to flourish, earning him a spot on the 2013 All-Star team.

Paul George’s ability to shoot, defend, as well as his sheer athleticism proved to be a major thorn in LeBron James side. The two would do battle multiple times in the playoffs, although James would come out on top each series.

Adversity hit after the 2014 season, as George broke his leg at a Team USA scrimmage. This took away the rest of PG’s upcoming season. PG would return to play the final 8 games, but looked shaky averaging 8.8 points in that stretch.

Paul would turn things around the following year, returning to the playoffs while also making the 2016 Olympic team, winning gold in Rio. George would eventually request a trade after a first round exit, with the Pacers shipping him to the Oklahoma City Thunder. In his time there, George re-established himself as one of the best players in the league. His 2018-19 season concluded with PG getting 3rd in MVP voting behind James Harden and Giannis Antetokounmpo.

Debuting his PG 4 shoes for the first time, Paul George made one of the craziest and-1 shots in his career against the New York Knicks. PG's Clippers were hanging onto a 4-point lead when George decided to get aggressive. The LA forward drove right past R.J. Barrett, who bumped George out of bounds. The ref blew ... Read more

After recovering from double shoulder surgery, Paul George made his LA Clippers debut in mid November of 2019. His first bucket in a Clippers jersey occurred with PG banking a close-range shot off a eurostep. George would continue to drive, while playing inside out with three-pointers as well. Despite taking the ... Read more

Paul George hasn't always been considered a clutch player, but his heroics helped his Oklahoma City Thunder get the W against the Philadelphia 76ers in a 2019 contest. The Thunder just about threw away the game when an errant inbound pass was stolen by Jimmy Butler, who raced down the court for the go-ahead layup... Read more 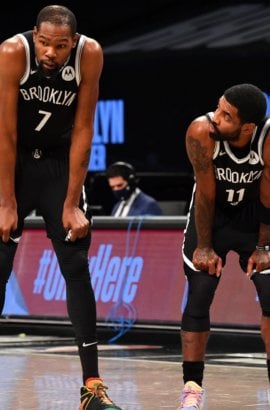 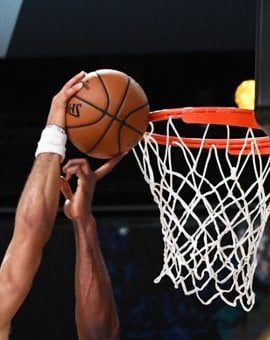 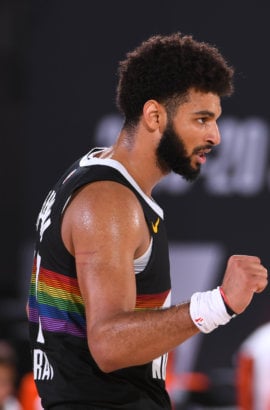 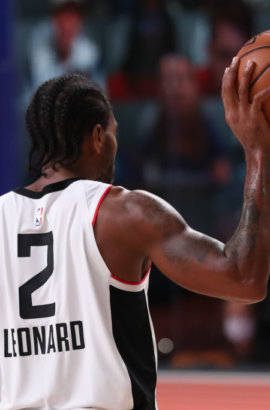