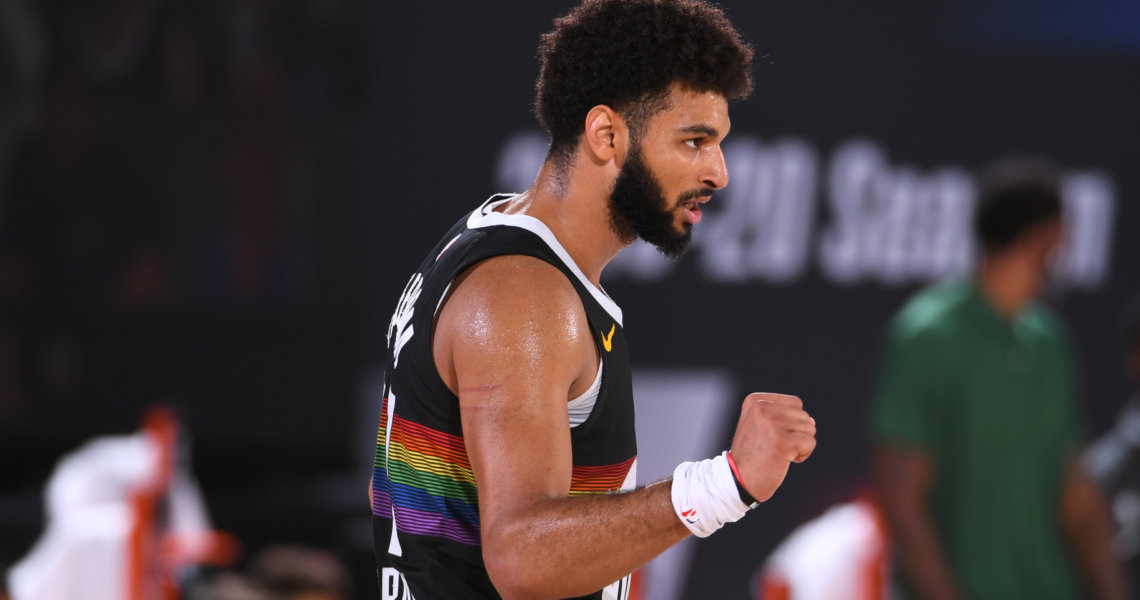 Welcome to Nightly Pro Notables: a collection of the hottest sneakers and biggest moments of the night on August 25, 2020.

Tonight’s slate of bubble NBA Playoff games saw another duel between Jamal Murray and Donovan Mitchell, with both putting up crazy point totals. Paul George also quieted haters with a huge performance. We also had a few loud sneakers from the likes of Kawhi Leonard and Montrezl Harrell.

Without further ado, here are the best highlights and footwear from a light night of basketball.

The back-and-forth between Jamal Murray and Donovan Mitchell has been fun to watch in the 2020 playoffs. This time around Jamal Murray came out on top with a 42-point performance.

Aside for the production, Murray was putting up the highlights as well including this 360 degree spinning layup.

All this leads to a W for the Denver Nuggets, who lived to fight another day now down 3-2 to the Utah Jazz.

Murray wore a custom adidas Pro Model 2G, with George Floyd and Breonna Taylor’s faces painted on the shoes. You can find the base color Pro Model 2G at Dick’s Sporting Goods.

The much-maligned Paul George had a huge game against the Dallas Mavericks tonight, dropping a game-high 35 points. PG was criticized heavily for giving himself the nickname “Playoff P” while also scoring single digits a few times in this series.

At least for one night, George proved the haters wrong, helping his Clippers take a 3-2 series lead.

Like in his past games, Paul forgone his current signature sneaker for a past one. This time around Playoff P laced up the Nike PG 2, in an orange PE colorway. You can find other colors at StockX, GOAT, Stadium Goods, and Flight Club.

Speaking of top playoff performers, Kawhi Leonard put up huge numbers in the blowout Los Angeles win as well. He also threw down a vicious right-handed slam after a crossover and hesitation move down the lane.

The Klaw rocked a new black, white, red and blue colorway of his signature New Balance The Kawhi sneaker. This will should drop later in the fall, but you can find early pairs at StockX.

Does Whatever a Spida Can

Despite losing the game, Donovan Mitchell still put up a W on this poster slam over Michael Porter Jr, after crossing Nikola Jokic.

Spida wore a multicolor version of the adidas D.O.N. Issue #2, which there isn’t info on at this time.

Trezz was a ‘Bok Boy Tonight

Montrezl Harrell is not one to shy away from rocking every brand of sneakers. His mood seemed to lean towards Reebok tonight with two different classics.

The Reebok Pump D-Time originally dropped in 1993, which makes the design older than Trezz himself (born 1994.) This silhouette has released multiple times since, but isn’t currently available.

The second pair that Harrell wore was the Reebok Question. This silver colorway is dubbed the “OG Meets OG” and is tied to the ongoing collab between Allen Iverson and James Harden’s sneakers. This colorway will drop in September, but you can find it now at StockX.