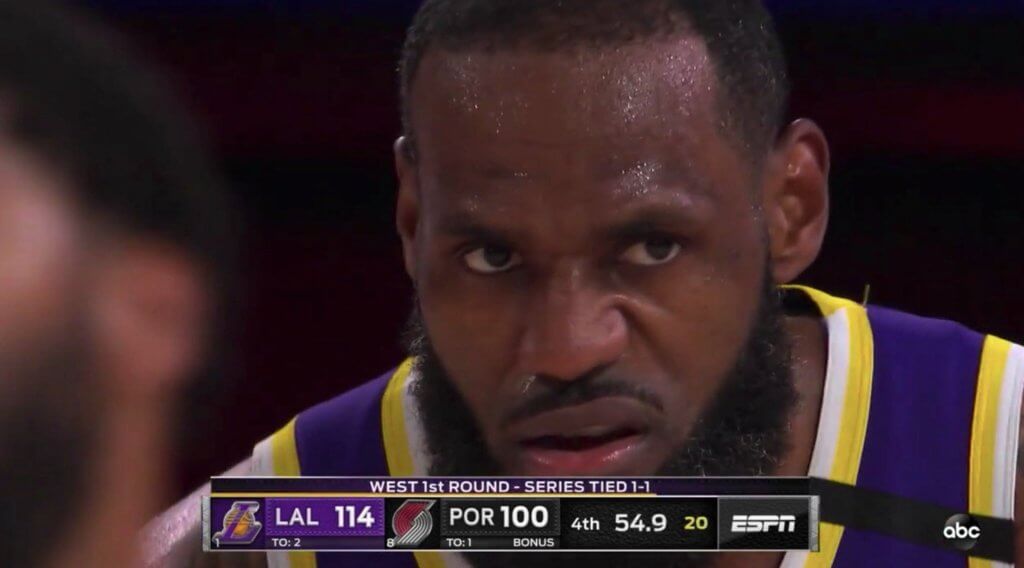 Welcome to Nightly Pro Notables: a collection of the hottest sneakers and biggest moments of the night on August 22, 2020.

On this night of game 3s in the first round of the bubble playoffs, we saw dominant performances from Giannis Antetokounmpo and LeBron James. We also saw some friends and family heat from the Sneaker King P.J. Tucker and some Mambacita shoes before Mamba Day.

Check below for all the highlights and footwear on another packed day of Disney World hoops.

After quiet scoring games from LeBron James, the Lakers got a huge boost from the King in game 3 against the Portland Trail Blazers.

The Lakers star drove to the rim at will, finishing at the rim like we’re accustomed to seeing. This opened up the passing lanes, with lobs to his bigs Dwight Howard and Anthony Davis.

Giannis Antetokounmpo once ago asserted his authority after the shocking game 1 loss to the Magic. The Greek Freak put up 35 and 11 on Orlando, driving at will without resistance.

Antetokounmpo’s performance came while wearing the “White Cement” Nike Zoom Freak 2, which hasn’t released yet. You can find other colors at StockX and Dick’s Sporting Goods.

Facing an insurmountable 0-3 deficit to his former team, Chris Paul made sure his Thunder squad got the W in overtime. CP3 took over in the extra period, including the fallaway three-pointer seen above against his former Rockets teammate.

Paul wore the “Hampton University Pirates” PE of the Jordan CP3.XII, with other colors found at GOAT.

Anthony Davis had a slow start to game 3, but found a nice rhythm in the second half. This includes the crazy athletic putback seen above over Jusuf Nurkic.

Davis laced up an exclusive purple Nike Kobe 5 Protro colorway, but you can find other colors at StockX, GOAT, and Flight Club.

Another day, another deceptive James Harden move that left the opposition in quicksand. The Beard easily got past Steven Adams on the switch, with Thunder players packing the paint to adjust.

Dennis Schroeder stepped in the paint but blinked on the eurostep. Harden split Dennis and the corner defender for an easy layup.

James wore a navy and orange colorway of his 4th signature shoe, which currently isn’t available. You can find other adidas Harden Vol. 4 colors at StockX, GOAT, Adidas.com, and DicksSportingGoods.com.

The Sneaker King stays King, as he rocked another unreleased pair in the bubble. The Air Jordan 8 that P.J. Tucker wore was inspired by Charles Oakley’s time with Drake’s hometown Toronto Raptors, with the rapper playing a part of the creation of the PE.

Also in Orlando is the WNBA’s Gabby Williams, who rocked a special pair of custom sneakers today.

Just days before August 24 (Mamba Day) and the day before Kobe Bryant’s birthday, Williams wore a custom with the image of the late GiGi Bryant.

You can find the Nike Mamba Fury base silhouette at StockX and Dick’s Sporting Goods.