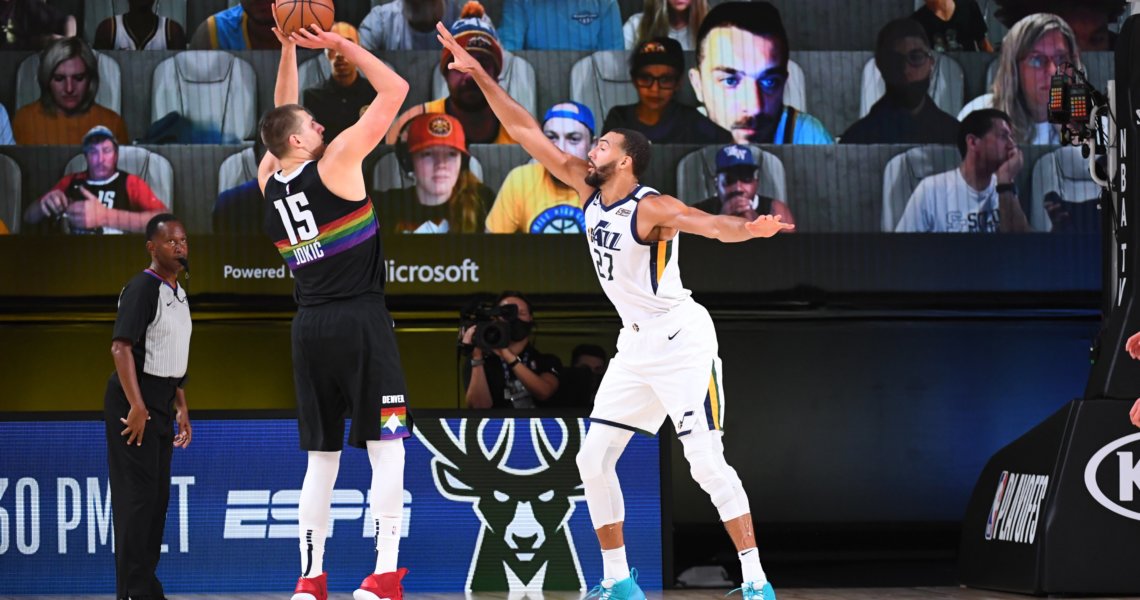 Welcome to Nightly Pro Notables: a collection of the hottest sneakers and biggest moments of the night on September 1, 2020.

No Joking Around for Jokic

The attention may’ve gone to the Jamal Murray this series, but Nikola Jokic put his team on his back in game 7 against the Utah Jazz. The Joker put up 30-points in a low-scoring game overall for both squads.

2 of these points came in the clutch, on what some on Twitter are calling the “ground hook”.

This go-ahead bucket allowed the Denver Nuggets to come back from a 3-1 series deficit, the 12th team to do so in NBA history.

The defending champs still don’t have an answer for Jayson Tatum, who dropped a game-high 34 on the Raptors, putting his Celtics up 2-0 in the series.

Since it was Tuesday, Jayson Tatum rocked a “Taco Jay” player exclusive in purple and pink today. While this colorway isn’t available, you can find other colors of the Jordan 34 at StockX and DicksSportingGoods.com.﻿

Jayson Tatum may be the best player on the C’s but Boston’s clutch man is Kemba Walker. From hitting last minute shots this season, it was not a surprise that Walker hit this stepback to give Boston a three-point lead that they would not relinquish.

Kemba wore a volt Air Jordan 34 this game, which isn’t currently available. Other colors can be found at StockX and DicksSportingGoods.com.

Smart Became a Splash Brother in the 4th

In one of the stranger developments in the Boston vs. Toronto game, Marcus Smart caught fire in the 4th despite being a career 31% 3-point shooter. The defensive-minded Celtic hit five trifectas in the final quarter, completely shattering Nick Nurse’s scouting report.

Smart wore the Puma Legacy Low “Quarry” in grey this game, which you can find at GOAT.

Pour One Out for Spida’s 2020 Playoffs

Donovan Mitchell’s postseason may be over, but he didn’t go down without a fight. Spida at one point scored 14-straight points for his Jazz to keep his team close in game 7. Mitchell notably dropped multiple 50-point games this series, going toe-to-toe with Jamal Murray.

You can see the absolute heartbreak for Donovan after Mike Conley’s last second shot rims out at the buzzer of game 7:

The passion for the game is real for Spida, even in defeat.

The “Spidey Sense” adidas D.O.N. Issue #2 in green that Mitchell wore this game can be found at StockX and Dick’s Sporting Goods.