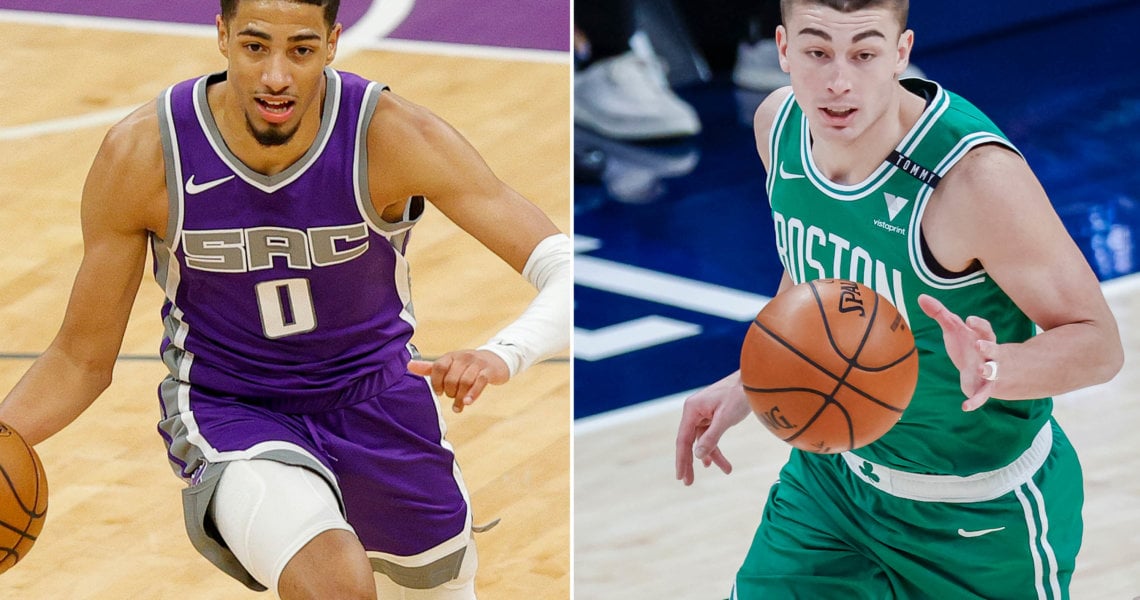 After a quiet period in which Nike did not sign a single 2020 NBA Draft player, the swoosh have inked multi-year endorsements with Tyrese Haliburton and Payton Pritchard.

Haliburton was the 12th overall pick by the Kings after initially being listed higher in mock drafts. The Sacramento guard looks to be a steal as Tyrese is third amongst rookies in points, averaging 12 points shooting 47% from the field.

The Kings rookie has been rocking a slew of classic Nike Basketball sneakers this season ranging from hyped KD 4s, as well as Kobe styles.

Tyrese will wear the Nike G.T. Cut tonight. You can read more on the G.T. series and how they benefit hoopers HERE.

The Celtics took Payton Pritchard 26th overall in the 2020 NBA Draft out of Oregon. With the Boston rookie coming from a school synonymous with the founders of Nike, it was all but assumed Pritchard would have some deal in place with the Swoosh.

Payton has been rocking Oregon Duck PEs all year after four years playing collegiately in Eugene. This includes the PG 5 and Kyrie 7 models in apple green/ yellow.

Pritchard continues to log minutes even with a guard heavy Celtics rotation, averaging 19 minutes and 7.2 points a game.