One of Vince Carter’s most worn sneakers during the Dallas Mavericks 2013-14 season was the Nike Air Max Body U.

The shoes were of it’s time, with the early 2010s being defined by Hyperfuse uppers. This heat-pressed, layered upper was durable due to the plastics used, with areas of open mesh added for breathability. As for cushioning, the Body U utilizes an Air Max unit in the heel for impact protection when landing. Carter previously rocked Shox cushioning for a decade, before choosing mostly Air Max basketball shoes like this one after 2010.

Vince even rocked the shoe in 2016 dressed up in a Black History Month colorway.

VC notably hit a game-winner in the 2014 NBA Playoffs against the San Antonio Spurs wearing the Nike Body U.

You can find the Nike Air Max Body U at GOAT. 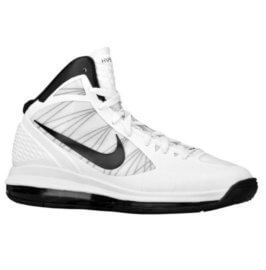