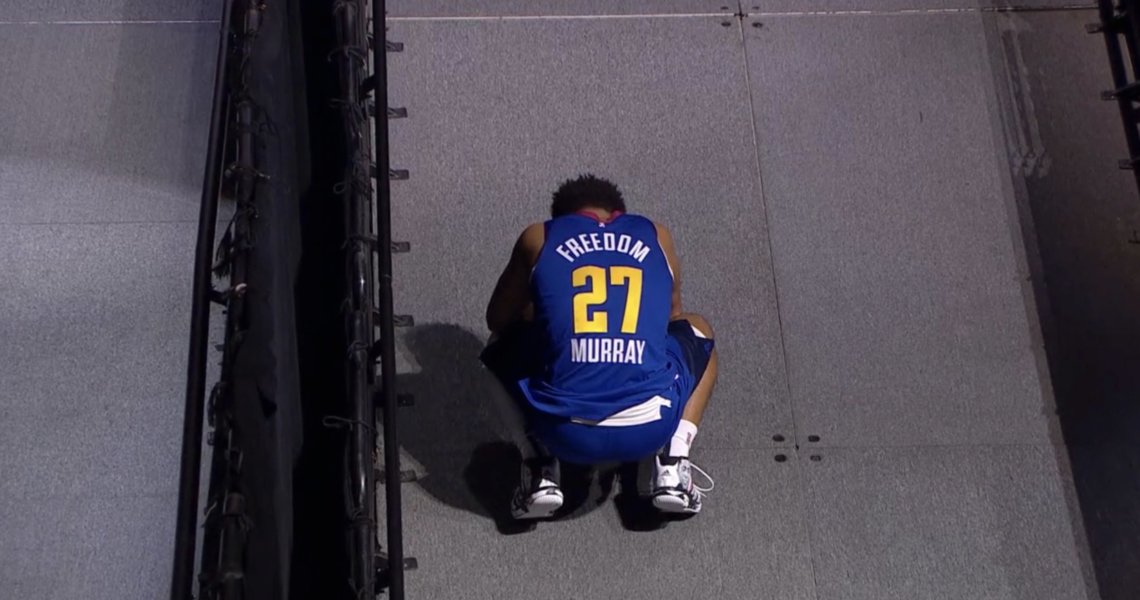 Welcome to Nightly Pro Notables: a collection of the hottest sneakers and biggest moments of the night on August 30, 2020.

In this game, Jamal Murray continued getting buckets after the two-day pause on bubble playoff games. Kawhi further helped his Clippers team get closer to a championship by advancing to the 2nd round.

We also saw ooh-worthy highlights from a lesser known Boston Celtic player, who showed out today. Without further ado, check below for the best performances and highlights from another night of Disney World hoops.

Coming off 50 and 42 point games, Jamal Murray put it all out on the line once more with another 50-piece. Jamal hardly missed from beyond the arc, shooting 9-12 from 3-point range. This includes a step-aside trifecta to get his 50th point:

The Denver Nuggets needed all of it, facing elimination the last two games. Utah will be looking to prevent another 3-1 series collapse. Murray looked absolutely exhausted after the game from the buckets, but also the Jacob Blake shooting this past week:

The shoes referenced in this postgame interview is the custom adidas Pro Model 2G. George Floyd and Breonna Taylor’s faces painted on the shoes. You can find the base color Pro Model 2G at Dick’s Sporting Goods.

Kawhi Closes Out the Mavs

Facing a potential game 7 with the upstart Dallas Mavericks, Kawhi Leonard said “that’s enough” and put on a signature performance. 33 points and 14 boards later, and the Los Angeles Clippers got the W to advance to the second round.

The Klaw rocked a new multicolor colorway of his signature New Balance The Kawhi sneaker. This will should drop later in the fall, but you can find early pairs at StockX.

Luka Doncic has been incredible in the playoffs, so it’s a shame the run had to end tonight. Luka Magic helped the Dallas Mavericks even get to a game 6, where Doncic dropped a 38-9-9 game for another near triple double.

Luka even had a flashy highlight; spinning, jab-stepping and fading away on this midrange jumper:

Luka wore a white, blue, and green player edition this game, but you can find other colorways of the Jordan React Elevation at Nike Store and StockX.

Helping his Celtics kick off the second round with a W, Jason Tatum put up buckets on the defending champion Toronto Raptors. This includes a buzzer-beating jumper while falling down:

The Jordan XXXIV “Welcome to the Zoo” PE made specifically for Jayson Tatum can be found at StockX.

Robert Williams Is a Highlight Machine

A name to keep an eye on during Boston Celtics games is Robert Williams. The Celtics forward didn’t play much in their last playoff series against the Sixers but came up big today in the win vs. the Raptors.

Williams dropped two highlights this game, including this wild windmill dunk after some rugged C’s defense:

Robert also had an emphatic block on the interior line, erasing a Pascal Siakam layup:

Williams wore the black and white “Oreo” Nike LeBron 16 for this game, which you can find at StockX.

The man doing his best to challenge Jamal Murray point-for-point is Donovan Mitchell. Spida dropped 44 points tonight to keep his Jazz squad in the game, while rocking this tiger print version of the adidas D.O.N. Issue #2 that isn’t currently available.