Before delving into the on-court sneakers of Russell Westbrook, let’s first address The Brodie’s off-court kicks. While the Jordan Brand has long focused on bringing “performance inspired by the best ever,” the Jumpman team saw the fashionable appeal of Russ and gave him two lifestyle signature shoes in 2015 and 2016. “Designer sneakers” were also trending upwards at the time with Balenciaga and other luxury brands making expensive casual styles.

Both the Westbrook 0 and 0.2 features a vulcanized sole for the classic, casual sneaker look. Leather and suede were used in both styles to give that premium look. Some colorways even featured wilder looks from wool to iridescent fish scales, matching Westbrook wearing and doing what he wants. Speaking of which, Westbrook made a Jordan Westbrook 0 commercial featuring the Lil Uzi Vert’s “Do What I Want”.

You can find the Jordan Westbrook 0 at StockX. 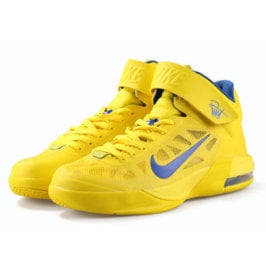