One of the earlier sneakers in James Harden’s career was the Nike Hyperdunk 2011 Low.

The Hyperdunk 2011 was more of the same in terms of continuing the “every-man” playability in the Hyperdunk line. This sneaker featured a synthetic Hyperfuse upper with Flywire cables woven in. This made the shoe rigid and durable for many wears. Zoom Air units were used in the heel and forefoot to give the wearer extra bounce when running and landing.

While Harden had a modest increase in production from his first to the second season, his jump from second to third propelled The Beard to winning the 6th man of the year award. His scoring off the bench helped the Thunder upset the San Antonio Spurs in the Western Conference Finals in shocking fashion.

You can find the Nike Hyperdunk 2011 at StockX, GOAT, Flight Club, and Stadium Goods. 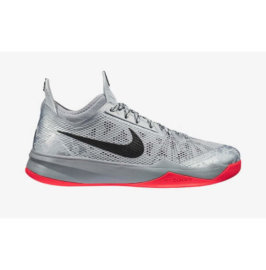