With Davis’ college career ending with a championship, Team USA decided to bring in the young forward to Team USA scrimmages. The Brow impressed enough to get a roster spot after key injuries to players like Blake Griffin opened the opportunity for Anthony. Without a professional minute played, Davis didn’t get much run in The 2012 Olympics, but he did impress in garbage time with impressive lob dunks.

Anthony Davis wore the Nike Hyperdunk 2012 during the games, and for most of his 2012-13 rookie season. The Hyperdunk line has historically been known as the go-to “every player” sneaker, meaning it’s suitable for just about every position. This essentially fits Davis’ game to a tee, as he can do just about everything, even as a rookie.

The shoe boasts soft Lunarlon cushioning as well as exposed cables called Flywire that helps lock down the upper to your foot.

Anthony Davis finished his rookie campaign with modest numbers, dropping 13 points 8 rebound while playing in 64 games. The (not-yet-Pelican) Hornets forward also lost the Rookie of the Year award to Damian Lillard by unanimous vote, although many still saw Davis as the player most likely to dominate from the 2012 draft class.

You can find the Nike Hyperdunk 2012 at StockX.

A rookie Anthony Davis came through in the clutch, with his long arms contributing to the win. The still skinny A.D. was parked at the top of the key with his New Orleans Hornets down 86-85 to the Boston Celtics with 12 seconds left. Teammate Eric Gordon was dribbling down the clock before driving right with the ... Read more

Before he played a single minute in the NBA as the number 1 pick of the New Orleans Pelicans, Anthony Davis was hooping with the best in the world in the 2012 London Olympics. Davis essentially played the Christian Laettner Dream Team role on the squad, being the college kid riding the bench amongst future hall-o... Read more 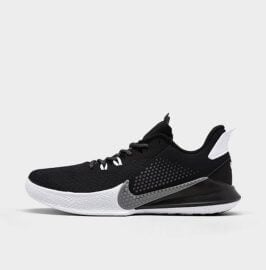 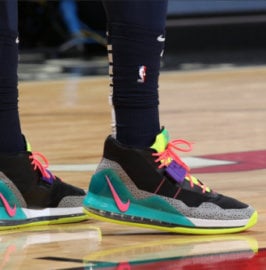