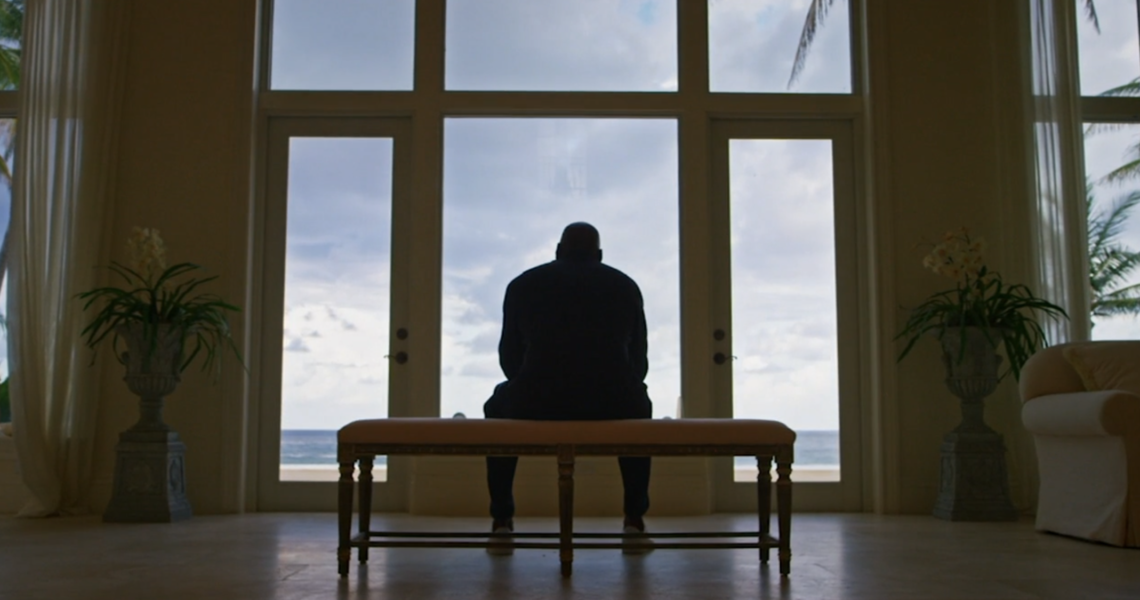 Every Sneaker Worn in The Last Dance: Episodes 9 & 10

The Last Dance takes a never-before-seen look at the last season of the Chicago Bulls dynasty. The last batch of two episodes released on May 17, and finally converged the timelines with the 1996-98 seasons. Steve Kerr got some shine in episode 7, while the Bulls 1998 playoff series’ against the Indiana Pacers and Utah Jazz were highlighted.

Without further ado, here are all of the shoes worn in the Last Dance episodes 9 and 10.

The sneaker featured in every episode of the Last Dance was the Air Jordan 13. This was Michael Jordan’s game shoes for the 1997-98 season that the documentary focused on.

In episodes 9 and 10, you can see the “Bred” and “He Got Game” colorways in game action against the Indiana Pacers.

Mike is also seen lacing up the “Playoff” colorway before the 1998 NBA Finals against the Utah Jazz before rocking them on-court.

You can find the Air Jordan 13 at StockX, GOAT, Flight Club, Stadium Goods, and DicksSportingGoods.com.

During the 1998 NBA Playoffs, Mike snuck the Air Jordan 13 Low into his rotation. This player exclusive colorway looks similar to the “Bred” release.

Mike rocked this colorway, but with black collar lining and silver Jumpman against the Pacers.

He would later wear the AJ 13 Low PE with black lining and black pods (as opposed to white,) and the silver Jumpman against the Jazz.

The NBA world was watching and even Jamal Crawford noticed the PEs on MJ’s feet.

This Air Jordan 13 Low has not released and is currently unavailable. The similar AJ 13 Low “Bred” can be found at StockX.

The first rivalry highlighted in these last two episodes was MJ’s matchups with Reggie Miller. His Indiana Pacers took Michael’s Bulls to 7 games, with Reggie even sinking a game-winner in the 4th matchup.

Miller rocked the Nike Air Scorin’ Uptempo for this series. This sneaker dropped in 1997 and is currently unavailable at retailers.

In 1997, John Stockton hit a game-winner in game 6 of the Western Conference Finals. This led to the first of back-to-back trips to the NBA Finals against MJ’s Chicago Bulls.

Stockton’s footwear against the Houston Rockets and in the 1997 Finals was the Nike Air Zoom Challenge. This sneaker is unique in that it was a tennis shoe originally worn by Andre Agassi.

As the Last Dance went back in time once more, we all were reminded of Mike’s memorable 1997 NBA Finals.

The first AJ 12 shown was the black and white “Playoffs” colorway. MJ wore the shoes for his game 1 buzzer-beater on Bryon Russell, his 2nd most famous shot against the Jazz guard (more on the 1st later.)

The more popular colorway is the black and red Jordan 12s. Of course, nobody calls this the “Bred” colorway. Sneakerheads call it the “Flu Game” 12 due to broadcasters Marv Albert and Ahmad Rashad claiming Mike had “flu-like symptoms” in game 5 of the 1997 Finals.

As Mike would recount though, this wasn’t the flu. It was food poisoning from a bad pizza delivered by five delivery men. Mike ate the entire pizza by himself and was throwing up by 3am. Despite being curled up in a ball, he told his mother Delores that he had to play that night.

Teammate Bill Wennington said Mike had an IV attached pre-game, with MJ telling Coach Phil Jackson that he’ll play to be a decoy. Every time-out, it seemed the life would come out of Michael according to his teammates. When the whistle blew though, the switch would and Jordan was much more than a decoy. 38 points later, and a legend was born in the food poisoning game.

You can find the Air Jordan 12 at StockX, GOAT, Flight Club, Stadium Goods, and DicksSportingGoods.com.

That was just game 5 though, and the Chicago Bulls needed game 6 to close out the Jazz. It was none other than Steve Kerr who drained the game-winning mid-range jumper off the MJ assist in this game. This secured his 2nd ring and Mike’s 5th.

Despite being a role-play, Kerr played a key part of winning championship number 5 and 6. He reocked the Nike Air Rise Uptempo for this-game winning shot. This shoe hasn’t re-released since it graced courts in 1997.

Steve Kerr would later hit a big three-pointer in the Bulls’ game 7 win against the Pacers in 1998. Behind-the-scenes was another side-plot that affected the pivotal Eastern Conference Finals game. Jordan’s relationship with “Sniff brother” and security guard Gus Lett was a major point in episode 7. Lett played the role of father figure for Mike, particularly after Jordan’s father had passed on.

You can tell MJ was attached to Gus, after the security guard received a cancer diagnosis and had to take a leave of absence. Gus would return for the aforementioned game 7, which Mike said was in honor of Lett. Jordan would go on to give the game-ball to Gus, who later passed away from cancer in 2000.

Lett was Mike’s protector and always cleared the path for MJ to walk through. In one scene, you can see Mike walking closely with Lett in his AJ 13s, with Gus rocking the Air Max 95. Pour one out for Gus and his drip in the photo above.

You can find the Nike Air Max 95 at StockX and GOAT.

The Chicago Bulls were going through shootaround before their 1998 NBA Finals matchup at the beginning of episode 10. In this footage, Mike is seen rocking a black and white casual sneaker.

The Jordan Brand only separated from Nike as a subsidiary the year prior, so this sneaker very likely is a Michael Jordan exclusive.

Early in episode 10, Dennis Rodman’s antics were on full display once more. The Worm was seen skipping Bulls practice after game 3 of the 1998 NBA Finals to attend a World Championship Wrestling show alongside Hulk Hogan and the New World Order.

“Rodzilla” would have to go through a backdoor to avoid media scrutiny following the shootaround before game 4. Despite the high jinks, Rodman still played the part of energy man in Chicago’s game 4 win against the Jazz.

Rodman had debuted his signature Converse D-Rod 1 earlier in the playoffs. That black and red colorway was the sneaker of choice in game 4. Rodman is also seen rocking the shoes in a key scramble with Karl Malone in game 6.

The Converse D-Rod 1 hasn’t seen a retro release just yet and is currently unavailable.

With an ailing back, Scottie Pippen painfully played through game 6 of the 1998 NBA Playoffs, playing “decoy that whole game” against the Jazz. At one point, Pippen was taken to the locker room to have his back checked.

Mike told him that he was better out on the court than in the locker room, which motivated Scottie to keep pushing through 25 minutes of the game.

The sneakers Scottie wore in the 1998 NBA Finals was the popular Nike Air Pippen 2. You can find the Pippen 2 at StockX and GOAT.

The shoe that John Stockton wore in the 1998 NBA Finals was the Nike Air Props Uptempo.

Stockton hit a clutch 3-pointer in game 6 to give Utah the lead with 31 seconds left in these Uptempos. That was before MJ took over, of course.

While Karl Malone did decline to provide his perspective in the Last Dance, he plays a key role in the 1998 NBA Finals as the leading scorer for the Utah Jazz.

The APEX Mailman he wore in this series is not currently available.

The shoe to end the Last Dance is the Air Jordan 14. Despite rocking the AJ 13 all year, Mike debuted the 14s in game 5 of the 1998 NBA Finals. The thinking was that the Chicago Bulls would close out at home up 3-1, but the Jazz played spoiler in the unveiling of the latest Jordan sneakers.

Mike would go on to rock the sneakers in game 6, where broadcaster Bob Costas said Jordan had “one of the greatest sequences you’ll ever see in sports.” Down 3 with 40 seconds left, MJ attacked Bryon Russell and dropped a layup over the extended arm of Jazz big Antoine Carr to cut the deficit to 1.

37 seconds remained, with Utah looking to post up Malone like they had so many times that series. Knowing this play, Michael came from the weakside to swipe the ball and control the steal.

Coach Phil Jackson didn’t want to call a timeout with Mike bringing the ball up to Russell, who pulled his shorts up to hunker down on D. After winding down the clock, Jordan made his move, nudging Bryon a bit for the open mid-range jumper.

“Chicago with the lead,” bellowed Costas as Mike hits the last shot with 5.2 seconds left. After a Utah miss, Mike and the Bulls secured championship number 6.

You can find the Air Jordan 14 “Last Shot” at StockX, GOAT, Stadium Goods, and Flight Club.

The documentary ends with a greatest hits of the best MJ moments from his career. All to the song “Present Tense” by Pearl Jam. You can see all the shoes highlighted in our past Last Dance sneakers posts below. Thanks everybody for reading!