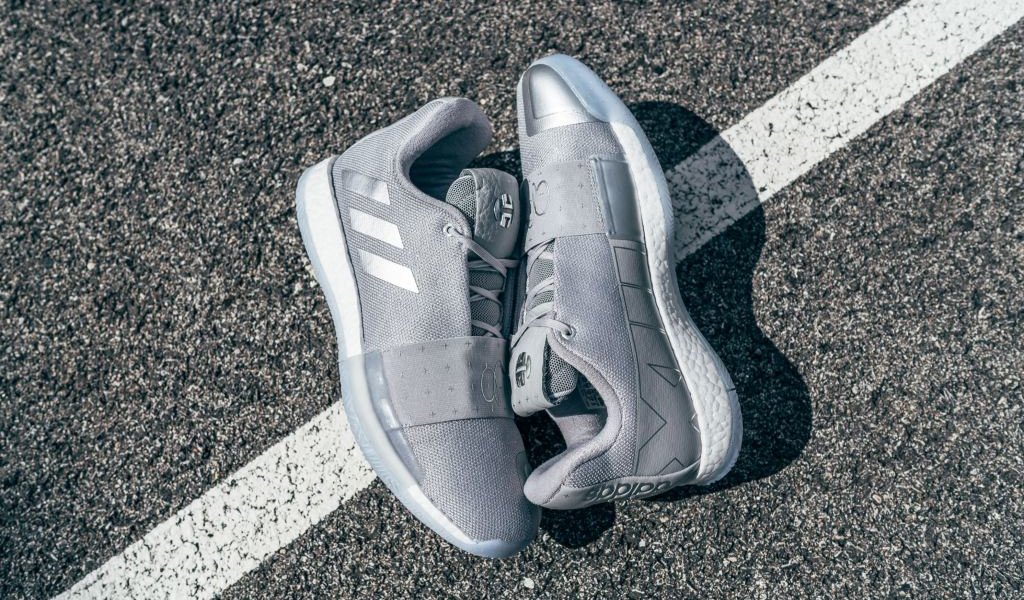 The three stripes fine-tuned James Harden’s third signature shoe to help the NBA MVP drop more highlight crossovers for the 2018-19 season. According to The Beard, the features of the shoe will help James “slow down fast.” Harden’s shifty game requires a big emphasis on traction to catch others slipping without falling himself. The tried-and-true herringbone traction pattern was used, with support added in high-wear areas like the medial toe. “When I’m out on the court making moves, making guys fall or I’m changing direction…that’s all in the shoe” says Harden, referencing the many crossovers from his MVP-winning regular season. “If we weren’t thinking about that stop-and-go mindset when we we’re creating these shoes, those moves just wouldn’t work. So, shout out to adidas for making sure that each shoe is always on point.” A lace band, as adidas calls it, has been added in the midfoot area to deliver custom lockdown in that area. The tried-and-true full-length Boost cushioning that was featured on the two previous Harden models returns to provide spongy impact absorption. A TPU support plate also returns in unison with the Boost to produce a stable ride. The adidas Harden Vol. 3 will officially drop in the grey ‘Voyager’ colorway seen above for $140 on October 12, with future colorways varying from $140-160 depending on materials used.
#James Harden #Basketball