Just days before Kobe Bryant tragically died in a helicopter crash, LeBron James paid homage to the Lakers great while passing him on the all-time scoring list.

The King only needed 18-points to eclipse the Black Mamba, and he would do it at Bryant’s hometown in Philadelphia. James got his 33,644th point like he’d done his entire career: driving with force to the rim. Anthony Davis passed to the streaking LeBron from the corner, with a Kentavious Caldwell-Pope freeing James for a straight lane to the rim. The smooth layup helped LeBron become the 3rd leading scorer in NBA history. The following timeout had the typically angry 76ers crowd on their feet with respect with the standing ovation.

The sneakers James wore for this piece of history were the Nike LeBron 17. This sneaker features a heel Air unit; the largest bag ever seen on a basketball shoe, providing maximum impact protection. The two large volume Zoom units in the forefoot for extra responsiveness. Knitposite graces the upper, with heat-molding creating the scaly look. As a result of the heat, the upper features more structure and durability.

LeBron made sure to share this moment with Kobe, with a player exclusive colorway that paid tribute to both players “puppet” commercial in 2009. 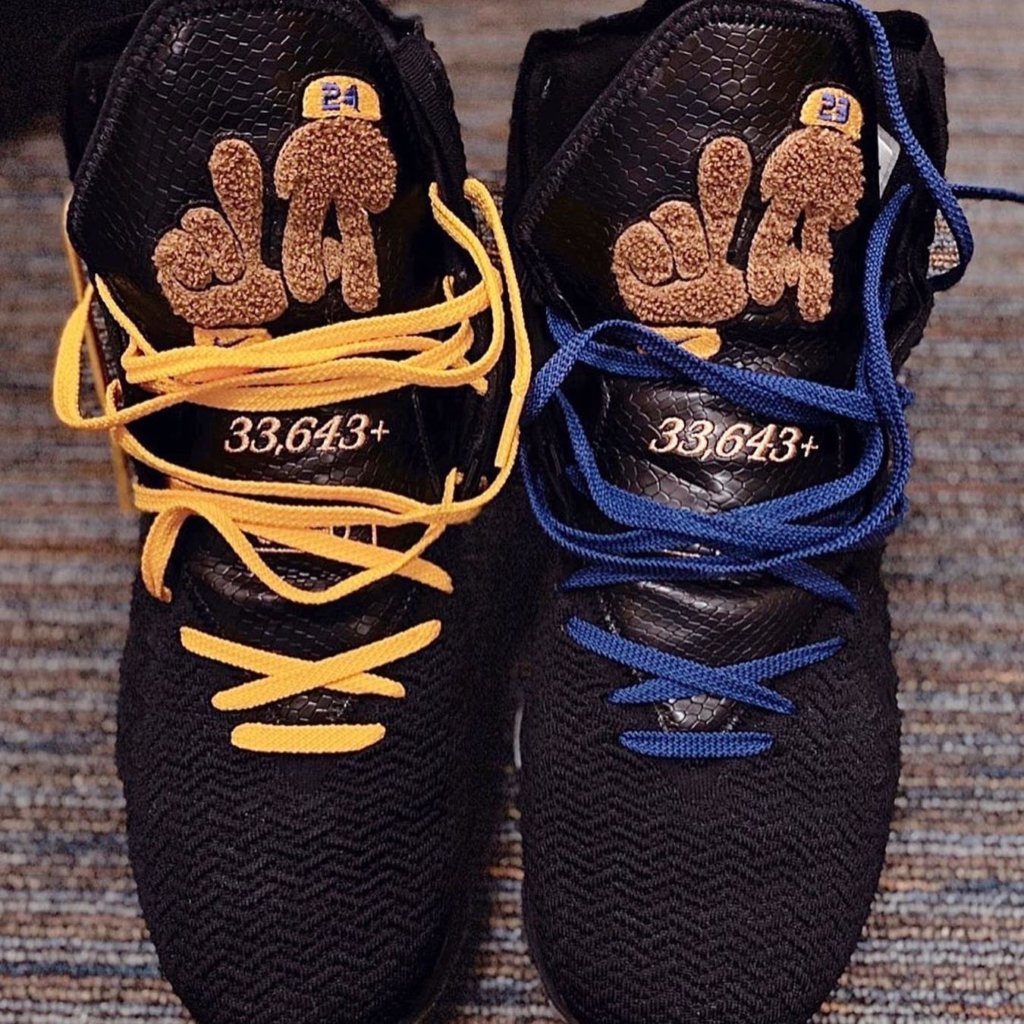 You can find other colors of the Nike LeBron 17 at StockX, GOAT, Stadium Goods, Flight Club, and DicksSportingGoods.com.

Images via The Mercury News and NBA Kicks (Twitter)