After losing to Dominique Wilkins in 1985 in the final round, Michael Jordan clashed once again with his Slam Dunk Contest rival in 1988.

Mike had won the All-Star even the prior year, but Wilkins had missed it due to injury. With the Chicago crowd behind him, MJ looked to avenge his 1985 2nd place finish to ‘Nique. The Bulls All-Star’s first dunk was a familiar one, a leaning double-clutch slam that cemented his ’87 victory. Dunk number two saw Mike double-clutch then reverse a two-handed throw down. His next few double clutch dunks were impressive enough to advance him to the final round.

Once again facing off against Wilkins, Michael needed a 49 to win and the crowd was hyped. In one of his most famous dunks, Mike took off with a foot on the free throw line. It appeared like MJ was floating, with the athletic feat giving Mike a 50 to go back-to-back in the Slam Dunk Contest. 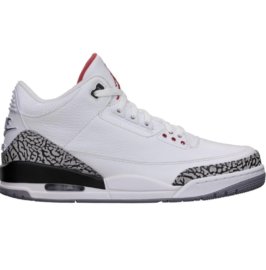